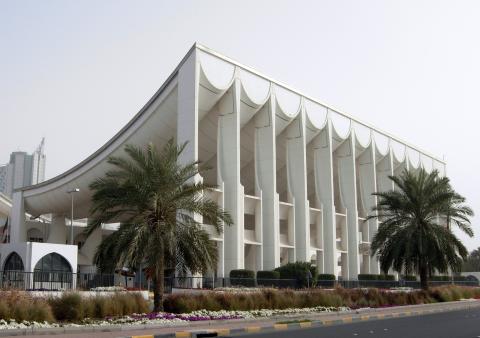 (Geneva, July 20, 2018) – Alkarama has requested the urgent intervention of the United Nations Special Rapporteurs on freedom of expression (SRFRDX) and peaceful assembly (SRPAA) in the case of 20 MPs and opposition activists who were handed their final sentences by the Court of Cassation on July 8, 2018 for a peaceful demonstration held in 2011.

Of the 70 individuals accused in this case, 15 were found guilty and sentenced to up to three and a half years in prison with labour, 35 were put on probation for a year and required to pay 1000 Kuwaiti Dinars (3300 USD) as a guarantee of good behaviour, and 20 were acquitted.

The demonstration in question took place on November 16, 2011, and consisted of a sit-in in front of the Kuwaiti National Assembly. It came after the parliament blocked a request to question Prime Minister Sheikh Al Sabah about the payment of bribes to 16 pro-government MPs.

The peaceful protestors – among whom were several current and former MPs – spontaneously decided to march to the house of the prime minister. Pushed by the police, who came with batons to block the march and disperse the demonstrations, they sought shelter inside the National Assembly building. The demonstrators entered the main hall – Abdullah Al Salem Hall – chanted the national anthem and left the building shortly thereafter.

Violation of rights of freedom of expression and peaceful assembly

Following the demonstration, the public prosecution charged 70 demonstrators with “illegal gatherings”, “entry into state property in order to commit the crime of unlawful assembly”, “damage to public property” and “insulting public officials”.

After hearing all defence witnesses, including members of the security forces, the court of first instance acquitted the accused of all charges on the basis that there was a lack of evidence of criminal intent upon entering the National Assembly. It also found that the protestors’ acts were related to the exercise of their fundamental right to freedom of expression.

Following an appeal by the public prosecution, the initial acquittal decision was overturned, and, on November 27, 2017, the Court of Appeal sentenced the defendants to prison terms ranging from one to nine years, and immediately arrested them. The trial was marked by numerous irregularities, including the fact that defence lawyers were not allowed to examine all their witnesses, and were not informed of the dates assigned for their hearing.

Lack of impartiality of the Court of Cassation

On January 28, 2018, the Court of Cassation’s public prosecutor examined the admissibility of the case and found that the Court of Appeal’s ruling was void. During the hearing, the defence lawyers requested the suspension of the defendants’ prison sentences and their release on bail. However, on February 5, 2018 – the day the decision upon this request was supposed to be issued – the judge suddenly stepped down and was replaced by Saleh Al Marished, who the defence lawyers claimed has well-known ties to the royal family. While Al Marished initially refused to release the detainees on bail, they were eventually released some months later on the basis of a provisional order by the Supreme Court.

The appointment of Al Marished not only raises serious doubts as to the independence and impartiality of the Court of Cassation, but also suggests that its decision is political in nature and designed to prevent peaceful dissidents from carrying out any political activity in Kuwait.

Indeed, amongst those handed the highest custodial sentence of three and a half years with labour are leader of the opposition Musalam Al Barrack and other serving politicians, including the parliamentary human rights panel’s rapporteur Waleed Al Tabtabaie. Both were convicted of acts clearly falling within their fundamental rights to freedom of expression and peaceful assembly, including, “participating in a demonstration on the highway”, “organising and calling for a demonstration on the highway” and “participating in an assembly consisting of more than five people with the intention of committing ‘unlawful assembly’ and in violation of public security by crowding the highway”.

While the MPs are currently outside Kuwait, the public prosecution has started preparing international arrest warrants via Interpol in order to execute the court’s verdict.

Concerned about the demonstrators’ imminent arrest, Alkarama requested the UN Special Procedures’ urgent intervention with the Kuwaiti authorities to drop all charges against them and to ensure that serving MPs are not impeded from carrying out their political duties on the basis of the Court of Cassation’s ruling.