Kuwait: UN Experts Deliver Landmark Opinion on Violations of Freedom of Expression in the Country 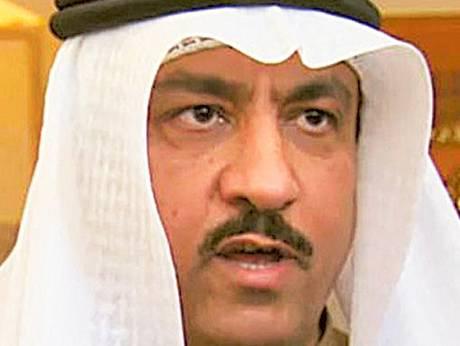 On 30 June 2017, the UN Working Group on Arbitrary Detention (WGAD) issued Opinion No. 20/2017 on the case of prominent opposition figure and Kuwaiti ex-parliamentarian Musallam Al Barrak, strongly criticising the Kuwaiti authorities for their use of the National Security Law to curb freedom of opinion and expression. Opinion No. 20/2017 declared Al Barrak’s deprivation of liberty arbitrary as directly resulting from the exercise of his fundamental right freedom of opinion and expression. Although this Opinion comes two months after Al Barrak’s release from prison and after the legal expiry of his sentence on 21 April 2017, it nevertheless bears significance in exemplifying the State practice of cracking down on peaceful dissent.

In its Opinion, the WGAD focused on article 25 of the Kuwaiti National Security Law of 1970, on the basis of which Musallam Al Barrak was sentenced to two years in prison in 2015 for having delivered a speech critical of Kuwait’s policies and its Emir. Article 25 penalises “anyone who openly, in a public space […] contests the rights and authority of the Emir, defames his person or disparages the basis on which he holds office.” Finding Al Barrak’s Detention arbitrary as resulting from the exercise of his right to free speech, the WGAD called on the state to immediately release him, to provide him with compensation and to repeal the legal provisions that restrict fundamental freedoms.

The WGAD emphasised that article 25 of Kuwait’s National Security law was in breach of the State’s international obligations under article 19 of the International Covenant for Civil and Political Rights (ICCPR), which guarantees freedom of expression. In this regard, the Working Group reiterated the Human Rights Committee’s comment that “holding and expressing opinions […] that are not in line with official government policy, are protected by the Universal Declaration of Human Rights (UDHR) and the ICCPR” and recalled that “all public figures, including […] heads of state and government, are legitimately subject to criticism and political opposition.” The WGAD further noted that the vaguely worded and broad provision denies citizens the right to foreseeability as they cannot know whether or not their actions constitute a crime. The WGAD thus criticised article 25 of the National Security Law for its nature as lèse-majesté law – criminalising the offence of a reigning sovereign - and called for its repeal due to the chilling effect it had on freedom of speech.

“It is very common in Arab states and in Gulf countries particularly to use the pretext of national security or of countering terrorism to arrest and prosecute individuals that voice opinions critical of their governments” noted Julia Legner, Alkarama’s Gulf regional Coordinator. “The Working Group criticised this very trend and pointed out that Musallam Al Barrak’s arrest was further used to hinder his political participation, as an opposition figure, in Kuwait’s parliamentary elections of 2016 due to the fact that Kuwait strips individuals convicted under the National Security Law of their right to hold political office.” She then called on the Kuwaiti authorities to “implement the Working Group’s recommendation and to harmonise its national legislation with its international obligations.”