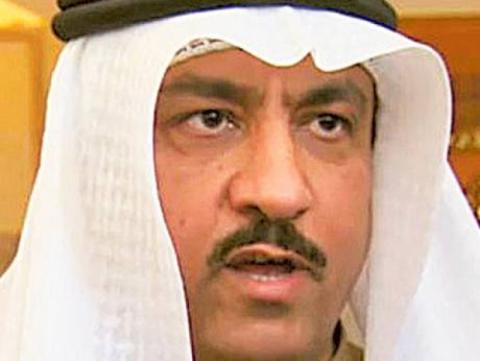 "In the name of the nation, in the name of the people, we will not allow you, your highness, to take Kuwait to the abyss of autocracy." These are the words for which Mussalam Al Barrak, a former Member of Parliament and prominent human rights defender in Kuwait, was detained arbitrarily. He is now serving a two-year sentence for "insult to the Emir".

On 30 June 2015, following the Court of Cassation's decision on 18 May 2015 to sentence Mr Al Barrack to two years in prison, Alkarama sent a communication to the United Nations Working Group on Arbitrary Detention (WGAD), copied to the UN Special Rapporteurs on the promotion and protection of the right to freedom of opinion and expression (SRFOE) and on the situation of human rights defenders (SRHRD), asking the UN experts to issue an Opinion on the arbitrary nature of his detention and to call upon the Kuwaiti authorities to release him immediately. The speech for which he was prosecuted was made during a conference back in October 2012, in which the former MP criticised the arbitrariness of the Emir's policies, in particular those restricting civil and political rights, as well as the electoral law reform that emptied the Parliament from political debate.

During the last years, Kuwait's political life has been marked by instability and a worrying increase in violations of civil and political rights, notably of the right to freedom of opinion and speech. On 20 June 2012, concerned by the numerous calls of the majority of elected members, including Mr Al Barrak, for democratic reforms and a moralisation of public life – following several corruption scandals involving individuals close to the Emir – the Emir Sheikh Sabah al-Ahmad Al-Sabah asked the Constitutional Court to dissolve the Parliament and to organise parliamentary elections based on a new electoral law designed by the executive. Consequently, the opposition boycotted the elections and the new Parliament is virtually deprived from a real opposition and debate over the executive's policies.

Mr Al Barrak has been defending the rights of all individual subjected to arbitrary decisions in Kuwait, both within the Parliament and in the media, and is recognised as such by the Kuwaiti civil society. As a parliamentarian, he had a major impact on the country's political life by courageously speaking up against the injustice made to all victims of human rights violations without discrimination. Among other things, Mr Al Barrack publicly condemned the use of torture and asked for proper investigations and accountability of its perpetrators. Following the issuance of his two-year sentence, numerous peaceful demonstrations were held in support of the former MP, similar to the peaceful protests organised in July 2014 to call for his release, demonstrations during which the Kuwaiti police forces had made an excessive use of force against the demonstrators.

Considering that Mr Al Barrack's detention is arbitrary since he was punished simply for expressing his opinion of the Emir's decision – without even being insulting – and that his sentence was violating his right to freedom of expression, Alkarama requested the WGAD to issue an Opinion as to the arbitrary nature of his detention and to request the Kuwaiti authorities to end his arbitrary detention by releasing him immediately. "Expressing criticism of one's country and its leaders in a peaceful way should not be considered as "insulting" and should not be prosecuted as a crime but guaranteed as a right," said Radidja Nemar, Regional Legal Officer for the Gulf at Alkarama "Kuwait is violating its engagement to respect freedom of opinion and expression as enshrined in Article 19 of the International Covenant on Civil and Political Rights (ICCPR) to which the country is a party since 1996; in order to conform itself to its international obligation, the authorities should stop prosecuting peaceful criticism."