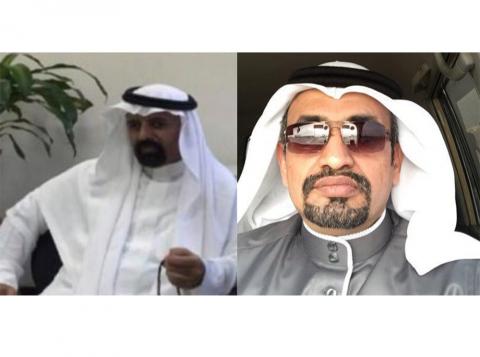 On March 22, 2018, as Al Nukheifi and Al Attawi are in the process of appealing their sentences, Alkarama requested the urgent intervention of the United Nations Special Rapporteur on Human Rights Defenders (SRHRD), asking him to call all on the authorities to drop all charges against them.

Al Nukheifi – who previously advised the team of the United Nations Special Rapporteur on extreme poverty ahead of his country visit to Saudi Arabia – was arrested in December 2016 by Mecca State Security Forces. He was interrogated over his tweets calling for the release of members of the Saudi Civil and Political Rights Association (ACPRA) and for the establishment of a democratically elected partliament.

Following the arrest, Al Nukheifi was held in incommunicado detention and subjected to ill-treatment by the authorities. On February 28, 2018, the Specialised Criminal Court (SCC) sentenced Al Nukheifi to six years in prison, and also banned him from travelling and using social media for an equivalent amount of time following his release.

Despite this, Al Nukheifi has continued his peaceful activism from prison. On February 27, 2018, he released a letter urging Crown Prince Mohammed Bin Salman to instigate a number of reforms, including by immediately releasing human rights detainees and prisoners of conscience and ensuring prompt and fair trials for those who are yet to be tried.

Al Attawi was among a group of Saudi activists who announced the creation of a new human rights association, the “Union for Human Rights”, on April 3, 2013. Less than a month after the establishment of the organisation, the Public Prosecution launched a criminal investigation against members of the group, summoning Al Attawi and three other activists for “co-founding an illegal association”. They were interrogated between April 28 and May 4, 2013, and denied the right to have legal counsel present.

In March 2014, Al Attawi was again summoned for questioning by the Public Prosecution’s office and required to sign a pledge banning him from issuing public statements and reports and from participating in TV interviews. The Public Prosecution placed him under surveillance without notice in order to monitor his compliance with the pledge, including through surveying his private social media accounts.

On January 25, 2018, the SCC deliberated on Al Attawi’s case in a closed hearing and sentenced him to seven years in prison. Though currently free on bail, Al Attawi could be arrested at any time. The threat of impending imprisonment has been used with increasing frequency by Saudi authorities to deter human rights activists from carrying out their activities.

Both Al Nukheifi and Al Attawi are currently in the process of appealing their sentences. In light of this, Alkarama’s urgent appeal asked the SRHRD to call on Saudi authorities to ensure that the charges against them are dropped and more generally to refrain from punishing its citizens for exercising their right to freedom of opinion, expression and association.