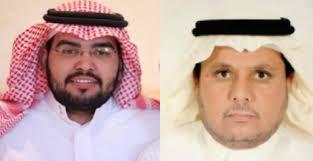 Abdulaziz Al Shubaili and Essa Al Hamid, two core members of the Saudi Civil and Political Rights Association (ACPRA), were arrested in the context of a major clampdown on dissenting voices in Saudi Arabia which started earlier this month.

In April 2016, Al Hamid was sentenced to nine years in prison for “communicating with international organisations in order to harm the image of the State,” in reprisal for his cooperation with the United Nations mechanisms for the protection of human rights. On December 1, 2016, this unfair sentence was increased by the Court of Appeal, which condemned Al Hamid to 11 years in prison.

Similarly, in May 2016, Al Shubaili was sentenced to eight years in prison for his peaceful criticism. He was charged with “accusing the government of violating human rights” and “inciting public opinion against the rulers,” and even ordered to sign a pledge not to return to his activism.

After the trials, several UN experts repeatedly expressed their concern over these retaliatory measures and called upon Saudi authorities to refrain from punishing these human rights defenders. Al Shubaili and Al Hamid were the only members of ACPRA still free on bail, as the remaining nine members of this leading human rights group have already been imprisoned. Then, on September 16, Al Hamid was arrested and brought to the prison of Al Buraidah, while Al Shubaili was taken into custody in Onayza prison the following day.

The ongoing arbitrary detention of Al Shubaili and Al Hamid represents yet another example of reprisals against peaceful activists in Saudi Arabia, which, in turn, is part of a wider campaign of repression. Dozens of people, including human rights defenders, academics and religious scholars, have been arrested since September 9, 2017, in what Saudi activists are describing as the largest crackdown on dissent since the 2011 Arab Spring.

Alkarama requested the urgent intervention of the Special Rapporteur to call for the immediate release of Al Hamid and Al Shubaili. In its appeal to the UN mechanisms, Alkarama also expressed its concern for this wave of arrests and urged Saudi Arabia to respect the right of its people to freedom of expression and peaceful activism.