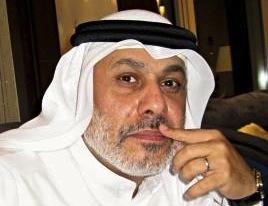 Geneva (February 5, 2018) – On Friday, the United Nations Working Group on Arbitrary Detention (WGAD) published an Opinion declaring the detention of Emirati activist Nasser Bin Ghaith to be arbitrary, and urging the government of the United Arab Emirates (UAE) to release him immediately. The Opinion was adopted on November 21, 2017 at the 80th session of the WGAD, and made public on February 2, 2018.

Bin Ghaith was arrested in August 2015, and sentenced to ten years’ imprisonment on the basis of a number of charges, some of which were linked to his activity on Twitter. He had previously been prosecuted for peaceful criticism of the government in 2011, when he was arrested along with four other activists after peacefully calling for economic and social reforms. Their case came to be known as the “UAE 5”.

The publication of Opinion No.76/2017 comes after the Alkarama Foundation submitted Bin Ghaith’s case to the WGAD on April 10, 2017, having first sent an urgent appeal to the United Nations Working Group on Enforced Disappearances (WGEID) immediately following his arrest and subsequent disappearance in August 2015.

Nasser Bin Ghaith, a 47-year-old Emirati activist, economist and scholar, was arrested on August 18, 2015 at his workplace in Abu Dhabi by 13 plain-clothed officers from the State Security, who did not present a warrant. He was subsequently taken to a secret location, where he was held incommunicado for nearly eight months.

Bin Ghaith’s first hearing took place before the State Security Chamber of the Federal Supreme Court in Abu Dhabi on April 4, 2016, during which he stated that he was being held in secret and that he had been subjected to torture. However, these allegations were not taken into account by the judge.

It was not until eight months after his arrest, during his second hearing on May 2, 2016, that he was charged with “committing a hostile act against a foreign country” for tweets in which he had criticised the Egyptian authorities over the Raba’a massacre of 2013. Another charge against him was based on a tweet in which he criticised the Emirati authorities for their lack of understanding of religious tolerance. He was further charged with “publishing information intended to harm the reputation of the State”, and accused of “collaborating with a terrorist organisation” and “collaborating with an organisation that promotes opposition to the fundamental principles of State governance”.

In December 2016, Bin Ghaith’s case was transferred to the Abu Dhabi Federal Court of Appeal, which, on March 29, 2017, convicted him on all charges, and sentenced him to ten years in prison.

Bin Ghaith published a letter from the Al Sadr prison on April 2, announcing that he had begun a hunger strike in protest of both the unfair trial to which he had been subjected, and the verdict pronounced against him. In reprisal, the authorities transferred him to Al Razeen prison – known for its poor detention conditions – where he is still detained to date.

On August 4, 2017, the WGAD transmitted a communication to the government of the UAE concerning Bin Ghaith’s case, requesting that the government provide detailed information about his current situation, along with any comments on Alkarama’s submission. The government replied on October 3, rebuking a number of the assertions made by Alkarama.

Alkarama responded to the government’s reply on October 17, stating that it welcomed the reply, but stressing that most of the information provided by the government either failed to address the allegations raised, or denied them outright without providing compelling evidence.

In its Opinion, the WGAD expressed concern over the fact that it had received a number of cases in recent years in which the Emirati government had subjected both its own citizens and foreign nationals to secret and incommunicado detention. The group also reiterated the fact that it applies a heightened standard of review to cases where freedom of expression and opinion is restricted or where human rights defenders are involved. “The role of Mr. Bin Ghaith as a prominent social activist and his involvement in the “UAE 5” case require the Working Group to undertake this kind of strict scrutiny,” the WGAD stated.

The WGAD considered that Nasser Bin Ghaith’s arrest and prolonged incommunicado detention lacked any legal basis, while his detention resulted from his exercise of the right to freedom of expression, and his right to a fair trial was violated, all of which led to group to consider his detention arbitrary.

In response to the WGAD’s Opinion, Julia Legner, Alkarama’s Regional Legal Officer for the Gulf region, stated, “we are pleased to see the UN Working Group on Arbitrary Detention so clearly condemning the detention of activist Bin Ghaith, as well as others facing the same fate in the United Arab Emirates.”

“We wish to highlight that despite the fact that the UAE has not ratified the International Covenant on Civil and Political Rights, it is still obliged by peremptory norms of international law to abstain from keeping anyone arbitrarily deprived of their liberty. Alkarama will closely be following the implementation of this Opinion, and advocating for Nasser Bin Ghaith’s release as well as the release of all prisoners of conscience detained in the UAE.”