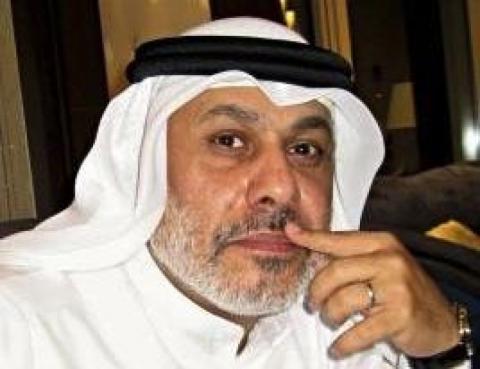 On 20 August 2015, Alkarama sent an urgent appeal to the United Nations Working Group on Enforced Disappearances (WGEID) regarding the case of Naser Bin Ghaith, a prominent economist, academic and advocate for political reforms, who disappeared following his arrest by the UAE State Security forces on 18 August 2015. Alkarama is extremely concerned over his fate, in particular that he is at high risk of torture and ill-treatment, considering the systematic use of torture in secret detention in the UAE.

On 18 August 2015, at around 2pm, UAE State Security forces arrested Dr Bin Ghaith at his workplace in Abu Dhabi and took him to his house in Dubai, where 13 security officers wearing civilian clothes searched his home for about four and a half hours before taking him away to an unknown location.

According to human rights activists close to him, during the search, the security officers seized memory sticks that did not belong to Dr Bin Ghaith, who said that he would "boycott all the procedures against him." The activists added that Bin Ghaith believes he is being arrested for tweeting on developments in Egypt about six months ago.

47-year-old Bin Ghaith has a fragile health, as he suffers from high blood pressure and colon problems and is currently undergoing medical treatment. Alkarama is therefore extremely concerned his health, which would quickly deteriorate if he was subjected to the torture and ill-treatment that people held incommunicado by the UAE are systematically subjected to.

In this regard, after her visit to the UAE in January and February 2014, the UN Special Rapporteur on the Independence of Judges and Lawyers (SR IJL) Gabriela Knaul, had expressed deep concern over allegations that individuals arrest by State Security agents "were taken to secret detention facilities and kept incommunicado for days, weeks or even months, sometimes in solitary confinement. Such detentions may sometimes amount to enforced disappearances, as the authorities refuse to acknowledge that they have detained the person and/or refuse to confirm their fate and whereabouts."

In view of these facts, Alkarama requested the UN Working Group on Enforced Disappearances (WGEID) to call upon the Emirati authorities to release Naser Bin Ghaith immediately or, at the very least, to disclose his whereabouts and allow his family to visit him without restriction.

It is not the first time that Dr Bin Gaith is targeted by the government. In 2011, he and four others human rights defenders, including well-known activist Ahmed Mansoor, were found guilty of having "publicly insulted the Head of the State" following an unfair trial that took place after their detention had been considered arbitrary by the UN Working Group on Arbitrary Detention (WGAD). Bin Ghaith and the other activists were later pardoned, but the authorities had retained their passports and refused to return some of their confiscated belongings.

In the UAE where the use of social media to criticise the government is severely repressed, human rights activists are constantly victims of harassment, threats and reprisals. Such is the case of Ossama Al Najjar, an Emirati blogger and activist who was secretly detained and tortured for having expressed criticism against the Emir on Twitter. His father, Husain Al Najjar, is one of the 94 government critics sentenced, in the infamous 'UAE 94' case, to lengthy prison terms for "plotting to overthrow the regime", following an unfair trial before the National Security Court.

Considering the systematic use of torture and secret detention in the UAE, which was observed by Gabriela Knaul in her report, Alkarama also called on the Emirati authorities to:
• Put an end to the practice of torture in detention centres and systematic use of secret or incommunicado detention;
• Put an end to the practice of enforced disappearances;
• Ratify the International Covenant on Civil and Political Rights (ICCPR) and the Convention against Enforced Disappearances (CED).