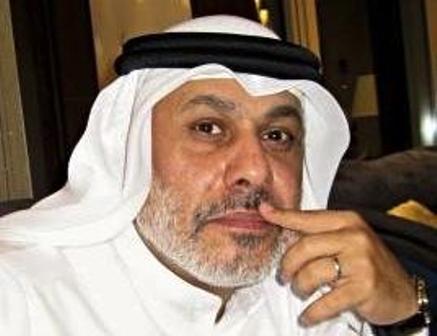 Prosecuted for having exercised his right to freedom of expression…

On 29 March 2017, prominent activist and human rights defender Naser Bin Ghaith was sentenced to ten years imprisonment under the UAE Penal Code, the Cybercrimes law and the Law for Countering Terrorism because of a series of tweets he had published on his personal account. Deeming his detention arbitrary, on 10 April 2017, Alkarama submitted his case to the Working Group on Arbitrary Detention (WGAD) to call upon the Emirati authorities to immediately release him.

On 18 August 2015, Bin Ghaith was arrested by State Security officers and taken to an unknown location. On 4 April 2016, after eight months of disappearance, he appeared before the UAE Federal Supreme Court  where he stated that he had been tortured and detained in solitary confinement since his arrest, but his allegations were ignored by the judge. On his second hearing, Bin Ghaith was charged with “committing a hostile act against foreign State” for having posted tweets criticising the Egyptian authorities for the Raba’a massacre that took place in 2013. Bin Ghaith was further charged with “publishing information intended to damage the reputation of the State” for having alleged in a tweet that he had been subjected to an unfair trial and to torture in a previous case against him. Lastly, for having posted a tweet mocking the Emirati authorities on their understanding of religious tolerance, Naser Bin Ghaith was charged with “prejudicing public order and national unity.” He was further accused of “collaborating with a terrorist organisation” and of collaborating with an organisation that promotes activities in opposition with fundamental principles of governance of the UAE.”

In May 2016, his case was transferred to the Federal Court of Appeals which convicted him of all charges and, on 29 March 2017, sentenced him to ten years in prison. Naser Bin Ghaith had been denied the right to legal counsel as he was prohibited from talking to his lawyer during the hearings and was not allowed to consult him beforehand. He was furthermore tried by an Egyptian judge, which compromises the impartiality of the court since one of the charges brought against Bin Ghaith was a result of his criticism towards the Egyptian government.

Deeming Dr Bin Ghaith’s detention arbitrary, in light of the numerous violations to his right to a fair trial and his prosecution as a result of the exercise of his fundamental right to freedom of opinion and expression, Alkarama requested the WGAD to issue an Opinion calling upon its immediate release.

This is not the first time Naser Bin Ghaith is prosecuted for being outspoken and for expressing his opinion. Indeed, in 2011, in a case that came to be known as the “UAE 5”, Naser Bin Ghaith, along with four other activists – among whom Ahmed Mansoor , who was arrested and disappeared in similar conditions on 20 March 2017 – was sentenced to three years in prison for having openly called for economic and democratic reforms.

Bin Ghaith’s recent sentencing takes place within the context of an increased crackdown on dissenting voices in the UAE. In fact, in 2016, the Emirati authorities amended the Federal Criminal Code in a manner inconsistent with the right to freedom of speech. Amended provisions of the Penal Code for instance provide a 10 to 25 years sentence for “insulting, mocking or harming the reputation, prestige or statute of the State, its flag, its symbols, its emblems or any of its institutions.” Other amendments penalise the communication of ideas that “endanger state security”, a term so vague which has in the past been used to individuals denouncing human rights abuses in the UAE.