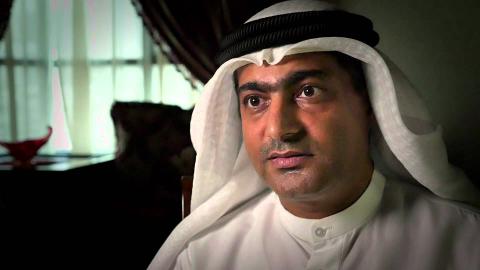 On 22 March 2017, Alkarama solicited the urgent intervention of the Special Rapporteur on the situation of human rights defenders, Michel Forst, (SRHRD) regarding the case of Ahmed Mansoor, prominent Emirati human rights defender, who was arrested at around 3 am on 20 March from his home in Ajman by security forces.

In the early morning of 20 March 2017, twelve State security officers raided Ahmed Mansoor’s home in Ajman and confiscated his computer and cell phones, as well as those of his family, without providing any warrant authorizing their action. They then took Ahmed Mansoor to an unknown location, where he remains until today. He is therefore outside the protection of the law, and besides being denied contact to his family or access to legal counsel, we fear that he might be exposed to torture and ill-treatment during investigation.

Ahmed Mansoor has been arrested many times due his activism in the past and has continuously been harassed by the Emirati security forces for his peaceful human rights activism. His outspokenness on the human rights situation in the Emirates and the Middle East, as well as his participation in various conferences and talks leads us to believe that this arrest is a direct consequence of his peaceful activism as a human rights defender.

We recall that after a gradual crackdown on human rights defenders in the United Arab Emirates in the recent years, Ahmed Mansoor remained the only active human rights defender operating from within the country. His arrest signifies the authority’s intention to fully silence civil society, critical of their policies. For his continued efforts in promoting human rights, Ahmed Mansoor was awarded the Martin Ennals Award for Human Rights Defenders in 2015.

Alkarama urged the Special Rapporteur on the situation of human rights defenders (SRHRD) to request the Emirati authorities to immediately release Ahmad Mansoor and to refrain from any future harassment for his peaceful human rights activism.