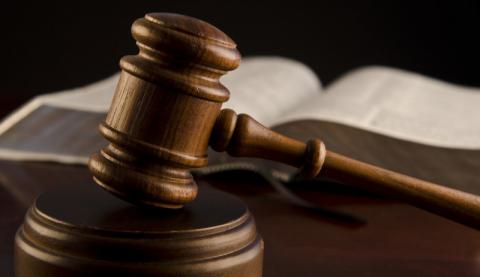 One of the most concerning aspects of the new law is that it expands the execution of the death penalty to a wide array of crimes. While the Special Rapporteur on extrajudicial, summary or arbitrary executions (SR SUMX) advocates for the death penalty to only be applied to “the most serious crimes” for which it “can be shown that there was an intention to kill which resulted in the loss of life”, the new Emirati law punishes the “planning” of certain crimes with the death penalty. Indeed, article 175 punishes with the capital punishment anyone who attempts on the life of the UAE president, whether the crime was carried out or planned. Another worrying aspect is that some provisions punish certain crimes with the capital punishment without providing for a lesser alternative, such as life in prison. Such mandatory sentencing – i.e the rejection of factors pertaining to the defendant or the commission of the crime to determine the sentence – is contrary to international human rights law and amounts to a summary execution.

Freedom of peaceful assembly and association

The new law also gravely restricts the right to freedom of peaceful assembly and association by, amongst others, punishing the establishment or the joining of certain “organisations” aiming to “overthrow of the government” or “disrupt state security” with the death penalty. Indeed, the provisions outlawing such entities are very broad and do not clearly define the elements that criminalise these groups. These articles make no reference to the use of, or call to violence and could be used to silence opposition or stifle any calls for reform or change.

Furthermore, the new law punishes with 15 to 25 years of prison anyone who “insults the president of the UAE” and with 10 to 25 years anyone who “insults, mocks, harms the reputation, prestige or statute of the state, its flag, its emblem, its symbols or any of its institutions.” Such a provision hinders the right to peaceful criticism and violate the right of individuals to hold and voice their opinion. Several UN experts have recommended that defamation should not be punished with prison sentences and that defamation laws should not shield heads of State from criticism, since freedom of expression cannot be limited in order to protect subjective values such as the prestige of the State.

Other articles further restrict the right to freedom of opinion by criminalising the communication of ideas that “endanger State security”, a term so vague it has been used to prosecute individuals in the UAE over twitter posts that denounced human rights abuses in the Emirates.

Alkarama recommends that those amendments restricting fundamental freedoms be revised in order to provide for precise and clearly-defined limitations and urges the Emirati authorities to ratify the International Covenant on Civil and Political Rights (ICCPR) in order to protect and guarantee the most basic rights of citizens and residents of the UAE.