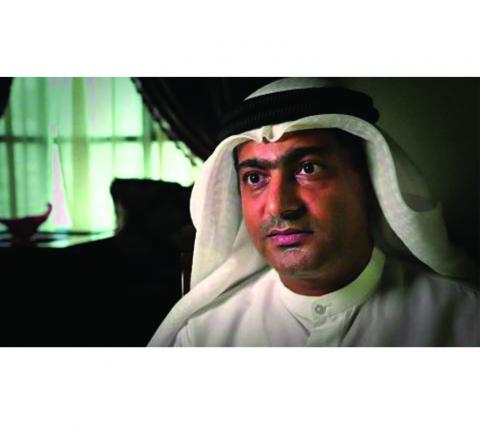 (Geneva, October 4, 2018) – On October 4, 2018, the European Parliament adopted a resolution calling for the immediate release of Emirati human rights defender Ahmed Mansoor, who was handed a 10-year prison sentence in March 2018 on charges directly related to his right to freedom of opinion and expression.

At the time of his arrest, Mansoor was the last remaining human rights defender operating freely within the UAE. For a number of years, he had been harassed by the authorities as a result of his work, facing physical assaults, death threats, surveillance, and the confiscation of his passport. He previously served eight months in prison after being arrested in 2011 for "publicly insulting the Head of the State".

The resolution expressed concern that, in the UAE, “attacks on members of civil society including efforts  to silence, imprison,  or harass  human  rights  activists, journalists, lawyers, and others has become increasingly common in recent years”.

The resolution called upon the UAE to release Mansoor and to annul his sentence, which it labelled an “unacceptable  violation  on  freedom  of  expression  and  freedom  of  association,  as  well  as on human rights defenders in the UAE as a whole”, echoing a statement issued by a number of UN human rights experts in June 2018. The parliamentarians also called for the release of all other prisoners of conscience in the UAE, including Osama Al-Najjar, Nasser bin Ghaith, and Mohammed Al Rokken.

The charges against Mansoor are based on the UAE’s 2012 Cybercrime Law, a repressive piece of legislation often used to punish individuals who criticise the country’s rulers. In the resolution, the parliamentarians expressed concern over the UAE’s increasing use of cybercrime legislation to target human rights defenders and restrict freedom of expression online.

The resolution also condemned several breaches of due process during Mansoor’s arrest and detention, alongside a number of violations of his fundamental rights and freedoms. Mansoor continues to be held in secret detention, amounting to a form of enforced disappearance, and he has also been held in solitary confinement and denied his right to appoint an independent lawyer of his own choosing. Mansoor was sentenced following what the parliamentarians labelled “a grossly unfair trial”.

The issue of trade was raised by a number of parliamentarians when the resolution was presented to the parliament on October 4. Member of the European Parliament (MEP) from France Marie-Christine Vergiat expressed concern that France and Germany export spyware to the UAE, while France is also one of the government’s main arms suppliers. Spanish MEP Miguel Urbán Crespo added that the repression carried out by the UAE would not be possible without the equipment supplied by EU member states, while also calling for an arms embargo against the country in the context of its involvement in the conflict in Yemen.

MEPs highlighted the need “for an EU-wide ban on the export, sale and maintenance of any form of security equipment to the UAE, including internet surveillance technology, which could be used for internal repression”.

While noting that cooperation between the EU and countries of the Gulf is vital, the resolution stated that any dialogue “should not focus only on security and trade issues but should also include respect for human rights as being a crucial topic of their discussion”.

The parliamentarians called on the High Representative for Foreign Affairs and Security Policy, Federica Mogherini, as well as other European institutions “to place human rights at the centre of their relations with all third countries, and in particular with the UAE given the numerous human rights violations”, and to make the respect for human rights activists “a precondition to any further development of relation between the EU and UAE”.

The resolution was adopted on October 4, 2018 with 322 MEPs voting in favour and 220 against, along with 56 abstentions.