The Alkarama Award for Human Rights Defenders is presented every year, around International Human Rights Day (10 December), to one or more human rights defenders or organisations in recognition of a their contribution to the protection and the promotion of human rights in the Arab world. 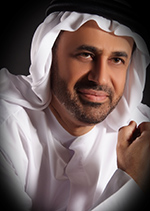 Member of the International Bar Association, Dr Al Roken is a prominent lawyer and human rights defender from the United Arab Emirates . He has defended human rights and political activists for many years, most notably, the group known as the "UAE5" as well as the "UAE7", seven peaceful political activists who were stripped of their citizenships for having called for reforms.

Dr Al Roken was arrested in Dubai in the early hours of 17 July 2012 by the Emirati security services in the largest crackdown against human rights activists and political dissent in the country's history. He is still detained in an unknown location. 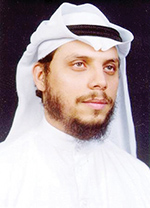 Dr Al Hashimi is a Saudi human rights defender and prominent thinker in his country. As a member of the Reformist movement, he has called for constitutional reform and greater civil and political rights in Saudi Arabia.

Dr Al Hashimi was arrested on 3 February 2007 along with eight other members of the Reformists movement by intelligence services in Jeddah. The authorities described them as 'security suspects' and publicly accused them of criticizing the government.

After four years of detention at Al Ruwais Prison without any legal procedure, he was sentenced on 22 November 2011 to 30 years of imprisonment by the Riyadh Special Criminal Court after an unfair trial. He is still detained despite calls from the UN Working Group on Arbitrary Detention for his release.