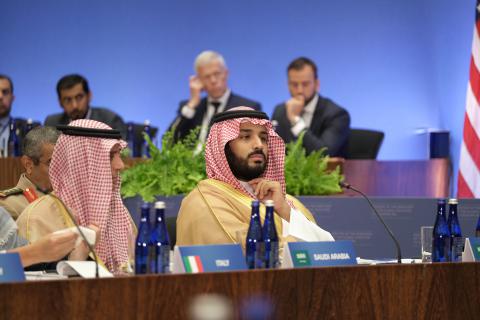 On October 31, 2017, the Saudi Council of Ministers adopted a new “law on combating crimes of terrorism and its financing”*, replacing the repressive Anti-Terrorism Law of 2014. This new law contains the same shortcomings as its predecessor, including its vague definition of terrorism – which encompasses acts of free speech – and its failure to meet international standards of due process and fair trial rights.

In adopting the new law, Saudi Arabia has ignored the recommendations made by the former Special Rapporteur on the promotion and protection of human rights and fundamental freedoms while countering terrorism (SRCT), Ben Emmerson, following his visit to Saudi Arabia in May 2017.

Similarly to the 2014 Law, the new legislation defines terrorism in vague terms, and does not consider the use of violence as a sine qua non element to characterise an act as terrorism. In fact, the definition encompasses a wide array of non-violent acts, including those which “disturb the public order”, “undermine public security” or “destabilise the state or endanger its national unity”.

Moreover, in a clear attempt to criminalise peaceful expression and dissent, the law punishes anyone who “directly or indirectly” describes the King or the Crown Prince “in any way offensive to religion or justice”, punishing such an act with five to ten years in prison. Thus, the new law could be used to criminalise acts of freedom of opinion, expression, peaceful assembly and association.

In addition, several provisions of the law infringe upon international standards of due process and fair trial rights. Firstly, the text grants large discretionary powers to the recently established Presidency of State Security, an all-encompassing security agency in charge of matters previously under the authority of the Ministry of Interior, and which reports directly to the King. This agency has the authority to conduct “search, investigation, seizure, criminal and administrative prosecution” without any judicial oversight.

The new law – like its predecessor – allows for prolonged custody without charges throughout the investigation, as well as for the use of incommunicado detention. Upon the sole decision of the Public Prosecutor, suspects can be detained without access to the outside world – including their lawyer and family – for up to three months. Additionally, they can be held for up to a year without being brought before a judicial authority.

These measures can be extended indefinitely by the order of the Specialised Criminal Court (SCC), which has jurisdiction over crimes of terrorism. This process exposes detainees to the risk of torture and ill-treatment, and constitutes a violation of Saudi Arabia’s obligations under the UN Convention against Torture (UNCAT), which the country ratified in 1997.

During trials, the SCC – a special court whose members are appointed directly by the Ministry of Interior – can hear the testimonies of secret witnesses and experts without providing the defence with the opportunity to challenge the evidence provided, thus violating the principle of equality of arms.

Furthermore, the new law includes a section on “punishments” which expands the application of the death penalty. This section also warrants harsher punishments for acts of freedom of expression deemed to be an “apology of terrorism”, which may include opinions expressed in the media or on social networks. Among other aggravating factors, “misusing […] academic or social status or media influence” is punished with a minimum of 15 years of imprisonment.

Lastly, the law provides for the establishment of “counselling centres for de-radicalisation”, which are placed under the direct authority of the President of the State Security, to whom doctors and other staff report directly. This provision restricts the right to movement of “dangerous subjects” convicted of crimes of terrorism on the basis of an administrative decision that cannot be appealed. In practice, these centres are used by the authorities to extend the detention of individuals, including human rights defenders and peaceful dissidents, after the completion of their prison sentences.

Concerned by the law’s lack of compliance with international human rights standards, Alkarama sought the intervention of the new SRCT, Ms Fionnuala Ní Aoláin, calling upon her to request that the government amend the law and ensure the respect of fundamental rights of Saudi citizens.

*You can read Alkarama’s detailed analysis of the 2017 Anti-Terrorism Law here.