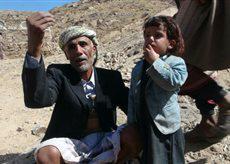 On 3 February 2017, Alkarama raised the case of 15 women and children, who, on 29 January 2017, were killed in a military operation in the Al Bayda Governorate in Yemen by American and Emirati military forces, with the Special Rapporteur on extrajudicial, summary or arbitrary executions (SRSUMX), Dr Agnes Callamard. We urged her to publicly condemn the attack, which clearly violated International Humanitarian Law and International Human Rights Law and to call upon the US and the UAE to refrain from indiscriminate attacks on civilians in Yemen.

In the early morning of 29 January 2017, US Navy SEALs and Special Forces from the United Arab Emirates were dropped from helicopters in the mountainous Yakla region of the Al Bayda governorate, a part of Yemen that has been a focal point of US military operations over the past month. According to US sources, the operation was geared toward collecting as much intelligence on Al Qaeda as possible, in order to prevent future terrorist plots. At about 2 am, the commandos approached the houses of Sheikh Abdulrauf Al Dhahab and Sheikh Saif Nams Al Jufi, but were detected, and intense firefight broke out.

As the US troops came under fire, they called in an airstrike from the US Marines that were standing by aboard the USS Makin Island in the Gulf of Aden targeting the houses of Sheikh Abdulrauf Al Dhahab and Sheikh Saif Nams Al Jufi. Local sources confirm that two US planes were approaching from the nearby mountain, followed by four armed drones and four helicopters. Reportedly, 16 rockets were fired and destroyed four houses. The attack killed at least six women and nine children, among which was Nuaran Anwar Al Awlaqi, American-Yemeni citizen and daughter of Anwar Al Awlaqi, an American-Yemeni dual national and suspected Al Qaeda preacher, who was killed by a drone strike in 2011. The total number of casualties amounts to about 30 people, including the US Chief Special Warfare Operator William Ryan Owens.

Alkarama is highly concerned about the severity of this counter-terrorism operation, which caused more than a dozen civilian casualties. The American and Emirati forces completely destroyed their targets’ family houses, conscious about the presence of non-combatant family members. Instead, the commandos should have aborted the operation and stopped hostilities in order to prevent any harm to civilian women and children. Therefore, the operation did not comply with the basic principles of International Humanitarian Law on the conduct of hostilities, which prescribes careful distinction between civilian and military targets, as well as the principle of precaution and proportionality in attacks.