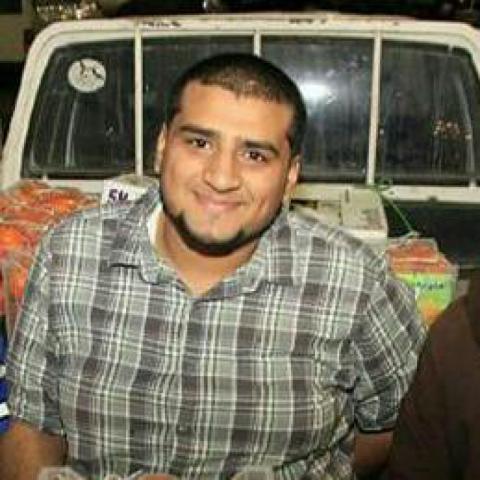 On 28 July 2016, the Specialised Criminal Court (SCC) of Riyadh sentenced Abdelkarim Al Hawaj to death after a flawed trial in which, confessions made under torture were admitted as sole evidence. On 24 November 2016, Alkarama raised his case with the Special Rapporteur on Summary Executions (SUMEX), calling for her intervention with the Saudi authorities to demand the repeal of Abdelkarim’s death sentence.

Abdelkarim Al Hawaj, aged 19 at the time, was arrested on 17 January 2014 at a checkpoint by members of the Saudi intelligence forces, who failed to inform him of the reason for his arrest. He was held incommunicado for a period of five months in an unknown location, before being transferred to the Al Mabahith Detention Centre, where he was severely tortured. Abdelkarim was tied up, beaten on different parts of his body, insulted and subjected to degrading and inhuman treatment. The intelligence officers then forced him, by threatening to kill his family members, to sign written confessions admitting to his participation in an illegal protest in Al Qatif and the burning of the Al Qatif Court House.

Abdelkarim was not allowed to communicate with a lawyer during his detention and interrogation. Pressured by the court, his lawyer decided not to assist him during his trial before the Specialised Criminal Court – a trial that only began two and a half years after his arrest. It is a common phenomenon that lawyers are threatened and considered disloyal to the State for defending “terrorism” cases. Despite informing the court of the torture he had been subjected to, Abdelkarim’s allegations were dismissed and his confessions admitted as sole evidence.

The Specialised Criminal Court was established in 2008 by the Ministry of Interior (MoI) to try cases of terrorism under the 2013 Law on Terrorism and its Financing. Its judges are chosen by the MoI and it has repeatedly been used for prosecuting political dissidents and human rights defenders. Trials before the SCC are distinguished by violations of legal safeguards and fair trial guarantees.

Concerned about the fate of Abdelkarim and the Court’s decision after a flawed trial, Alkarama referred the case to the Special Rapporteur on Summary Executions, Dr Agnes Callamard, asking her urgent intervention with the Saudi authorities to urge them to allow Abdelkarim to use his right to appeal the decision and to refrain from enforcing the death penalty against him, to which he was sentenced after a flawed trial. We further asked the Special Rapporteur to request the Saudi Authorities to guarantee Abdelkarim a fair re-trial, in which forced confessions will not be admitted into evidence. Alkarama also requested that the Saudi authorities launch an independent investigation into all allegations of torture and that those found responsible be prosecuted in accordance with Saudi Arabia’s international obligations under the Convention against Torture (CAT) accessed in 1997.