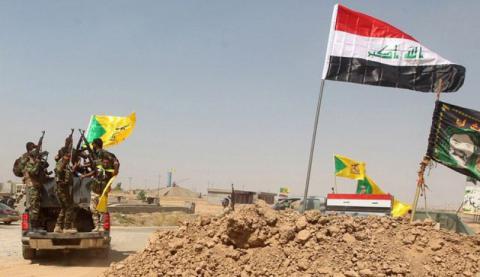 Between May and June 2015, Ahmad Al Hajjar, Ahmad and Khalid Al Dulaimi disappeared after their arrest at checkpoints controlled by State-supported Hezbollah brigade. Displaced from their hometowns of Mosul and Ramadi, cities then under the Islamic State (IS)'s rule, they were suspected of being its "supporters" and brought to unknown locations. Concerned over their disappearance, Alkarama and Al Wissam Humanitarian Assembly sent their case to the United Nations Committee on Enforced Disappearances (CED), hoping that this treaty body − a committee of independent experts that monitors implementation of the International Convention for the Protection of All Persons from Enforced Disappearance (ICPPED) by its State parties − could help locate them.

On 9 May 2015, Al Hajjar, a 23-year-old university student displaced from Mosul, was travelling to Al Nukhaib, 300 kms southwest of Baghdad, when he reached Al Win checkpoint in Jurf Sakhar in the Babil governorate. There, he was arrested by some members of the Karbala Operations Command and the Hezbollah brigade, a Shia militia part of the Popular Mobilisation Units (PMU), an umbrella organisation reuniting more than 40 militias officially recognised and financially supported by the government in its fight against the Islamic State (IS).

Similarly, on 25 June 2015, Ahmad Al Dulaimi, a 26-year-old daily worker, and his 32-year-old cousin Khalid Al Dulaimi, formerly employed in Ramadi municipality and both displaced from Ramadi, then occupied by the IS since mid-May 2015, were arrested once their taxi reached an Hezbollah checkpoint situated in Al Razzazah, Karbala governorate. Once they had shown the militia men their IDs, they were blindfolded and handcuffed before being brought to an unknown locations for being "suspected of belonging to the IS", as their taxi driver could witness.

Both Al Hajjar and Al Dulaimi families took several steps to locate their missing relatives: both inquired at the Central Criminal Court in Al Karkh, Baghdad and the Al Muthanna detention centre, where a former detainee referred having seen Al Hajjar in December 2015, but to no avail. Al Hajjar's family even submitted a request to inquire on his fate and whereabouts to the High Judicial Council, which on November 2015 replied that inquiries at the Ministry of Interior and the Ministry of Defence were "still ongoing". No information on Al Hajjar and the Al Dulaimi cousins' fate and whereabouts were ever provided to their families up until today.

"These disappearances carried out by the Hezbollah brigade fit into an alarming pattern of disappearances carried out by pro-governmental militias against people allegedly supporting the Islamic State," says Inès Osman, Legal Officer for the Mashreq at Alkarama. "The Iraqi authorities have a legal and moral duty to put an end to all the serious human rights violations carried out by armed groups supported by the State and acting on their behalf. Human rights must be respected all time: armed conflict and the fight against terrorism can never be invoked as an excuse for abuses."