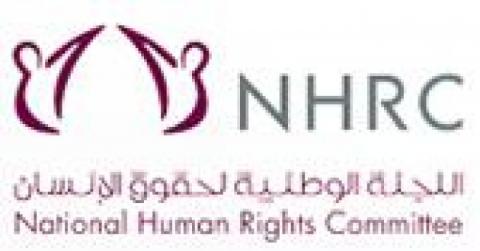 On 16 July 2015, Alkarama submitted a report to the Sub-Committee on Accreditation (SCA) of the International Coordinating Committee of National Institutions for the Promotion and Protection of Human Rights (ICC-NHRI) on Qatar's National Human Rights Committee (NHRC) which will be reviewed at the SCA next session on 16-20 November 2015. Pointing out to its subordination to the executive power, Alkarama called upon the SCA to downgrade Qatar's NHRC status from "A" to "B" to indicate its lack of compliance with the Paris Principles – the international standards established to ensure the NHRIs independence from the government and effective promotion and protection of human rights. In its review of the Qatari NHRI, the SCA will assess, among others, its pluralist representation of society, its independence from the government and the scope of its mandate.

A product of the executive power

Established by Emir Hamad Bin Khalifa Al-Thani by Decree No. 38 of 2002, and re-organised in 2010 by Deputy Emir of Qatar by Decree Law No.17 of 2010, Qatar's National Human Rights Committee (NHRC) is the product of the Emir, the executive power. This goes against one of the main elements of Paris Principles which require that an NHRI's founding text be of a constitutional or legislative nature in order to guarantee its independence from the other public powers and its legitimacy before the citizens. The fact that article 67(2) of the Permanent Constitution of the State of Qatar states that "no law may be issued unless ratified by the Emir," has so far impeded the NHRC from being established on a legitimate legal basis. Adding to that, the NHRC founding law provides for the Emir to appoint by decree all its members without having to explain the nomination and appointment procedures. Although during the NHRC's previous reviews, the SCA insisted on the need for "a clear and transparent and pluralistic nomination process" (March 2009), regretting the "absence, in the draft law, of provisions detailing the nomination, selection, appointment and dismissal processes of Committee members" (March 2010) and recommending that these internal procedures be "in writing" (October 2010), nothing has so far been done to remedy to these failures, and the Emir retains the power of appointment.

Although article 17 of Decree Law No.17 of 2010 provides that the NHRC funding shall include funds allocated by both the State and other entities, the NHRC is presently totally and solely financed by the State of Qatar which, in addition, retains the power to decide on the allocation of its expenses, preventing the Qatari NHRI from being financially independent in its actions.

An active institution in the country but under government scrutiny

Despite these setbacks, Alkarama noted that the NHRC plays an active role in the country. Among its activities, the NHRC reviews national laws; suggests ratification to human rights treaties; organises trainings, including for people of the legal profession in 2013, as well as media campaigns; publishes human rights brochures, such as on migrant workers rights, in several languages; and advertises its activities through its own website. Empowered to receive and handle individual complaints, the NHRC also hosts a help desk office for migrants, staffed by representatives of the migrant communities, in order to get closer to the victims.

Nevertheless, its lack of independence undermines its efficiency. In particular, its complaint mechanism is subjected to the oversight of the executive: "the National Human Rights Committee has limited means and cannot take any decisions, only transfer the complaint to the relevant ministry," noted the UN Special Rapporteur on the Independence of Judges and Lawyers (SR IJL), Gabriella Knaul, during her visit to the country in January 2014. This contravenes with the Paris Principles according to which a NHRI should be able to make binding decisions itself or, at least, refer the complaints received to the Public Prosecutor for investigation.

A lack of distance from the government's policies

The NCHR's lack of independence is also reflected in the fact has not been distancing itself from the positions of its government, or at least not publicly. In its 2013 annual report, the NHRC reported that "the judiciary on its different levels is considered to be the most prominent national guarantee and one of the most important reliable mechanisms that ensure respect for human rights and essential freedoms in the State in general," while the Special Rapporteur on the Independence of Judges and Lawyers had expressed her concerns for "reports of pressures of the executive on the work of the judiciary" as well as "instances of lack of impartiality, bias and improper behaviour of judges" leading her to conclude that the Qatari judicial system "faces major shortcomings and challenges, which directly affect the delivery of justice and the realization of human rights."

Similarly, in its report submitted to the UN Committee Against Torture (CAT) on the occasion of its second periodic review of Qatar in 2012, the NHRC praised the government's efforts to put its national law in line with the Convention against Torture (UNCAT), while ignoring several failures of the Qatari justice system, including the lack of provisions in Qatari national law expressly prohibiting the expulsion of a person to another State where there are substantial grounds for believing that he or she would be subjected to torture, or the use of prolonged and incommunicado detention during which the risks of torture, and cruel, inhuman or degrading treatment are the highest.

"Despite recognising that the NHRC has a very active role in the country and is endowed with working methods that permit it to effectively carry out its mandate, its lack of independence, be it due to its establishment or the appointment of its members through Amiral decree, clearly illustrates its lack of compliance with the Paris Principles," denounces Alkarama's report, adding that "this greatly impacts on its capacity to publicly and freely address human rights issues of political sensitivity." For these reasons, Alkarama demanded that the NHRC be downgraded from the "A" to the "B" Status, to mark its lack of compliance with the Paris Principles.

"We hope that Qatar will seize the opportunity and consider addressing the shortcomings described in the report which we wrote in a spirit of constructive criticism," said Radidja Nemar, Regional Legal Officer for the Gulf at Alkarama. "Although the positive role of the NHRC in Qatari society should be saluted, it is this very role that ends up being undermined by the lack of independence of the institution toward the executive."