UAE: Qatari doctor sentenced to 7 years in prison on basis of coerced confessions 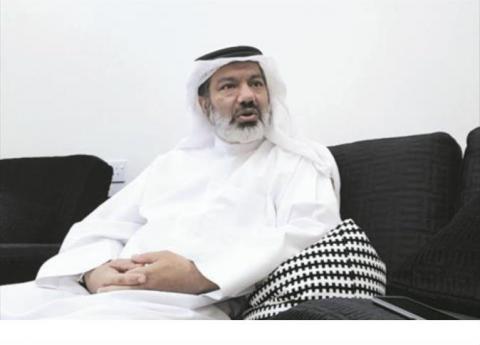 Dr Abdulrahmane Al Jaidah, a Qatari doctor arrested one year ago at Dubai international Airport by the State Security Services, was sentenced to seven years imprisonment following an unfair trial on 3 March 2014 by the Abu Dhabi Federal Supreme Court for "helping an illegal secret organisation". He is currently imprisoned in Al-Razeen prison, the same detention facility where some of the UAE94 are being unlawfully detained. Today, Alkarama asked the UN Working Group on Arbitrary Detention to intervene with the UAE authorities to request his immediate release.

Abducted at Dubai International Airport a year ago

Dr Abdulrahmane Al Jaidah was arrested on 26 February 2013 at Dubai international airport, as he was transiting through Dubai on his way home from Thailand to Qatar where he works as a senior medical practitioner at Qatar Petroleum. While going through a routine security check, he was arrested by UAE State Security forces and disappeared, without being allowed to inform his family of his whereabouts until 8 March 2013. He was not presented with a warrant during his arrest, nor was he notified of the charges pending against him. Following his disappearance, Alkarama solicited an urgent intervention by the Working Group on Enforced and Involuntary Disappearances on 21 March 2013

Detained and tortured in unknown location for 8 months
Dr Al Jaidah was kept at an unknown location for the eight first months of his detention before being charged. During this time, those detaining him tortured him by depriving him of sleep, beating the soles of his feet and repeatedly punching him in the face. They threatened to remove his nails, hang him and bury him in a nearby graveyard. On 23 May 2013, Dr Al Jaidah was brought a 39-page file, and was asked to sign each page without being able to read what was written. Dr Al Jaidah was told by a man called Abu Khamis that he would be released and allowed to return home once he had signed these papers.

On 26 May 2013, Mr Al Jaidah was brought to the office of Prosecutor Saqr Naqb. An agent brought him and his luggage to the Prosecutor's office, and Dr Al Jaidah was told by the Prosecutor that he will be very soon able to return home. Instead, Dr Al Jaidah was returned to his place of detention and accused of helping and funding an "illegal secret organisation".
Moreover, it appears that the reasons for Dr Al Jaidah's detention are politically motivated, as seem to indicate the questions asked by State Security Services. State Security interrogators repeatedly asked Dr Al Jaidah about his political convictions and his alleged connection to the Muslim Brotherhood.

Dr Al Jaidah was convicted on the sole basis of the papers he had signed without being able to read. It is presumed they contained the confessions which were extracted under torture during his secret detention. His condemnation on the sole basis of these coerced confessions constitute a grave violation of the Convention against Torture that the UAE ratified on 19 July 2012.

Dr Al Jaidah was not allowed to consult or be represented by a lawyer until 30 December 2013, when he was able to meet with a lawyer for an hour prior to the 6th hearing of his trial. However, this only meeting with the lawyer was in the presence of State Security agents and recorded, infringing art. 16(3) of the Arab Charter of Human Rights ratified by the UAE in 2008 which states that the accused has the right "to defend himself or through legal assistance of his own choosing or with the assistance of his lawyer, with whom he can freely and confidentially communicate [our emphasis]."

Because Dr Al Jaidah was tried by the Federal Supreme Court, the sentence is definitive and cannot be appealed. This is in clear contradiction with the international fair trial standards, as well as article 10 of the Universal Declaration of Human Rights stating that "everyone is entitled in full equality to a fair and public hearing by an independent and impartial tribunal, in the determination of his rights and obligations and of any criminal charge against him."

Finally, Dr Al Jaidah's deferral to the Federal Supreme Court was not justified by the prosecution, and the nature of the charges held against him cannot justify the fact that Mr Al Jaidah was not first presented to a court of first instance. This infringes the Emirati constitution, which states at article 25 that "all citizens are equal before the Law", as well as article 40 stating that "foreign nationals enjoy the rights and the liberties guaranteed by the International Conventions and Treaties the United Arab Emirates are party to".

As no legal basis can be evoked to justify Dr Al Jaidah's detention which appears to be politically motivated and as he was sentenced after a grossly unfair trial, Alkarama asked the UN Working Group on Arbitrary Detention to request the Emirati authorities to release him immediately, and provide reparation for the torture and arbitrary detention he has suffered.