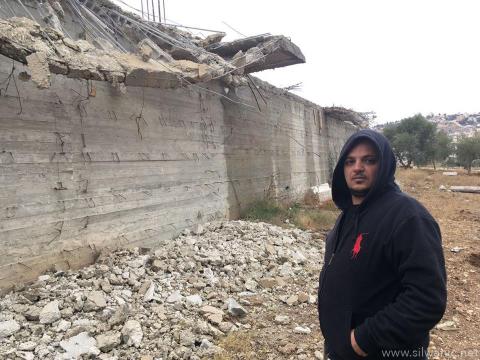 On 6 December 2016, the two Palestinian brothers Saeed and Nasr Al Abbasi witnessed about 100 Israeli soldiers destroying their family house in Silwan neighbourhood, East Jerusalem, leaving them and their families homeless. Only few days before, the Central Court of Jerusalem had issued a demolition order alleging that their house had been constructed without the due licence as it was built on “green open space”. This occurred three years after Saeed, a 36-year-old taxi driver, and his brother Nasr, aged 29, started to build their family house. Concerned over this fact, Alkarama brought this case to the attention of Leilani Farha, United Nations Special Rapporteur on the right to adequate housing (SR Housing) requesting her to call upon the Israeli authorities to provide the Al Abbasi families with an effective remedy for this blatant violation of their rights.

“We are extremely concerned over the demolition of Al Abbasi families’ house,” says Inès Osman, Alkarama's Legal Officer responsible for the Mashreq countries. Not only this violates international humanitarian law (IHL) protecting civilian property from unnecessary destruction and the right to adequate housing, it can even amount to torture or at least cruel, inhuman or degrading treatment while fitting into a discriminatory pattern where only Palestinian houses are subjected to administrative demolitions.”

In fact, while Israeli citizens are normally allowed to construct settlements in East Jerusalem, including in Silwan neighbourhood, more than 94% of Palestinian applications for construction permits have been rejected in recent years since, under the Israeli zoning policy, Palestinians are only allowed to build in 13% of East Jerusalem. The UN Office for the Coordination of Humanitarian Affairs (OCHA) estimates that between January and November 2016, 854 Palestinian-owned constructions were demolished by the Israeli authorities, more than twice than in 2015, marking a concerning increase of this practice.