Saudi Arabia: Arbitrary Detention and Torture of a 32 year-old Man for Two Years without Charge 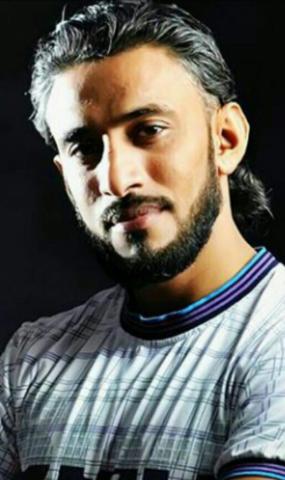 On 2 September 2016 Alkarama wrote to the United Nations Working Group on Arbitrary Detention (WGAD) regarding the case of a 32 year-old Saudi citizen who was arrested without a mandate, in the region of Al-Qatif, by members of the intelligence forces of the Saudi Ministry of Interior. He has been detained at the Dammam Central Prison for almost two years without any charges and without having been presented before a judicial authority. During his detention he was subjected to severe torture and was denied the right to a legal counsel.

Salim Abdullah's plight started on 11 December 2014, when his car was stopped in a small street near the Centre Point Mall of Al-Qatif. He was then arrested by members of the intelligence forces in civilian clothes ("Mabahith"). When they arrested him, the security forces did not give any reason for his arrest. According to his family, Salim was severely beaten and shot a number of times in the legs in the course of the arrest. Due to his severe injuries, he was taken to the Military Hospital of Dhahran, where he stayed for two and a half days before being transferred to the Dammam Central Prison without receiving the necessary and appropriate treatment.
Salim was subjected to a series of long periods of incommunicado detention, during which he was placed in solitary confinement. He was denied any contact with the outside world for the first six months of his detention, after which he was again put in solitary confinement and denied any contact with his family for extended periods of times. He has never been allowed any contact with a lawyer.

Salim's family reported that he was subjected to severe psychological and physical torture while being interrogated during the first six months of his detention, especially when he was put in solitary confinement. He has been electrocuted, burnt with cigarettes, beaten with cables and sticks all over his body, stomped and stepped on, had his head banged against walls and was subjected to water-boarding, until he fainted and was sent to the hospital where he received minimal treatment. When he was taken back from the hospital to the prison, he was again subjected to psychological torture and insults, he was forced to confess to crimes he did not commit and to sign a statement he was not allowed to read beforehand.

Salim's family is extremely concerned about his medical condition, they affirmed being able to see signs of torture on his body during their visits. The healing process, particularly his fractured bones, is slow due to the lack of appropriate treatment and has been compromised by the continued torture he has been subjected to. The family further reported that he has become very weak, suffers severe back pain (which prevents him from sleeping or even sitting), that his vision as well as his hearing have deteriorated and that he suffers from malnutrition.

To date, and after almost two years of detention, Mr Abdullah has still not been brought before a judicial authority and is unaware of the legal reason for his detention. Concerned over the arbitrary character of his detention as well as the torture and inhumane treatment that he has been subjected to, Alkarama called upon the Working Group on Arbitrary Detention to request the Saudi authorities to immediately release Salim and, in case of a trial, to abstain from admitting coerced confessions into evidence.