Syria: 20-Year-Old Student Released by YPG After Being Disappeared For More Than a Year 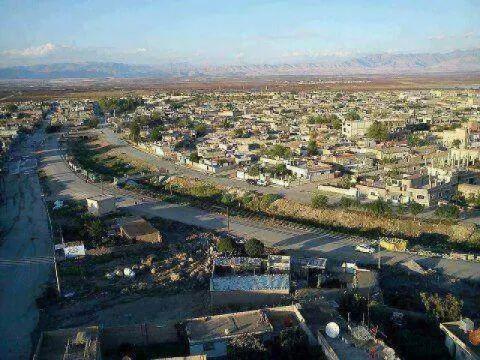 On 5 July 2016, Ammar Al Hasan was released from Al Malikiyah detention centre – one of the central Kurdish prisons in north-eastern Syria – from where he disappeared in March 2015. During his secret detention, he was tortured in order to force him to confess to being a member of a terrorist group.

On 14 February 2015, Al Hasan was in Jazah – a village situated at about 100 kilometres east of Hasakah town near the Iraqi border – when forces belonging to the People's Protection Units (YPG), the main armed forces of Syrian Kurdistan, raided the village and arrested him. According to witnesses, the forces were wearing YPG uniforms and were speaking in Kurdish. Following his arrest, Al Hasan was taken to Al Malikiyah prison, where his family could visit him regularly until March 2015, when he suddenly disappeared. Despite his relatives' repeated demands, the authorities never provided any information on Al Hasan's fate after this date.

On 23 December 2015, Alkarama and Human Rights Guardians referred Al Hasan's case to the Independent International Commission of Inquiry on the Syrian Arab Republic (CoI Syria Syria), established by a Resolution of the Human Rights Council (HRC) on 22 August 2011 to investigate "all alleged violations of international human rights law [in Syria] since March 2011" and to ensure that "perpetrators of violations, including those that may constitute a crime against humanity, are held accountable".

On 5 July 2016, after more than one year of disappearance, Al Hasan was released from Al Malikiyah prison, where he had been held for the entire duration of his secret detention. He refers having been tortured in order to confess being a member of the armed group Ahrar Al Sham. Despite this treatment, Al Hasan did not confess and was finally released.

"While welcoming Al Hasan's final release, we are deeply concerned that he reports having been tortured while secretly detained," comments Inès Osman Osman, Alkarama's Legal Officer for the Mashreq. "International Humanitarian and Human Rights Law must be respected by all parties at all times; therefore, the YPG has a legal and moral obligation to abide by these rules. We also recall that the Charter of the Social Contract – the constitutional law adopted in January 2014 by the Kurdish authorities – foresees the applicability of international human rights instruments to the Kurdish administered territories."