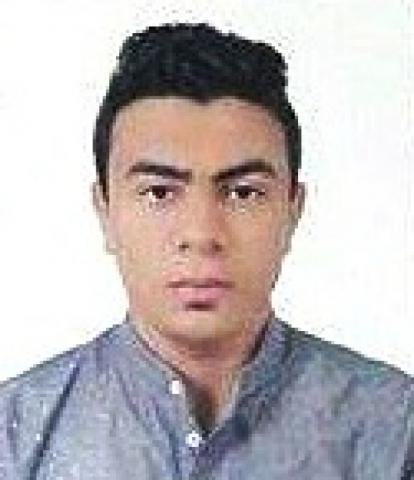 On 15 July 2016, Alkarama referred to the United Nations Working Group on Arbitrary Detention (WGAD) the case of Omar Mabrouk, a young student currently detained in Giza, Cairo, and facing an unfair trial. Held in incommunicado detention since his unlawful extradition from Kuwait to Egypt in October 2015 and until April 2016, he was severely tortured to confess crimes he never committed. He was then charged with "establishment of an unlawful group" for having criticized the Egyptian Government through social networks and put on trial while denied the possibility to prepare his defence.

Omar Abdulrahman Ahmed Youssef Mabrouk, a 21 year-old Egyptian student who was residing with his family in Kuwait, was arrested on 1 October 2015 in Kuwait City, when members of the Kuwaiti Security Services broke into his house and, without presenting any arrest warrant, took him to an unknown location. As a result of an extradition request from Egyptian authorities based on accusations of having set up an "unlawful group", he was then forcibly deported to Egypt on 29 October 2015. This occurred without his family being previously informed and despite the urgent appeals issued by Alkarama to avoid extradition and the consequent risk of torture. Once in Egypt, Alkarama's concern over his fate got confirmed: Mabrouk was held incommunicado at the Homeland Security facility in Lazoghly Square and at the police station of 6th of October neighbourhood in Cairo, where he was heavily tortured. Appalling torture techniques were used against him, such as the use of sharp metal instruments to inflict pain, electrocutions, psychological torture, beatings, being forced to stand in stressful position and deprivation of sleep.

He was then charged on the basis of his forced confessions and brought before the State Security Prosecutor in mid-April. He was denied the rights to prepare his judicial defence, communicate with his lawyer and access his judicial file. He is currently arbitrarily detained at Amen El Markazy detention facility in Giza, Cairo, on the basis of vague charges of "joining a banned group that commits internet crimes", and is therefore at high risk of being sentenced to a heavy penalty following an unfair trial, including on the basis of the confessions extracted under torture.

"The widespread use of torture to extract confessions remains a constant trend in Egypt; unfortunately, this has been widely documented and has sometimes led to deaths behind bars," reported Simone Di Stefano, Regional Legal Officer for the Nile at Alkarama. "Furthermore, vague or fabricated charges are often used by Egyptian authorities against individuals, for the simple fact of having expressed a political or oppositional opinion."

Concerned over the arbitrariness of his arrest and detention, Alkarama sent an urgent appeal to the United Nations Working Group on Arbitrary Detention (WGAD), requesting the Egyptian authorities to ensure that in no way the confessions extracted under torture be used against Mabrouk and that due process guarantees be respected. Alkarama also recommended that the WGAD call upon the authorities to open an investigation into the allegations of torture, to bring perpetrators to justice and to remind Egypt that the use of torture is in contravention with the Convention against Torture and Other Cruel, Inhuman or Degrading Treatment or Punishment (UNCAT) accessed by Egypt in 1986.