Lebanon: Another Case of Confessions Made under Torture 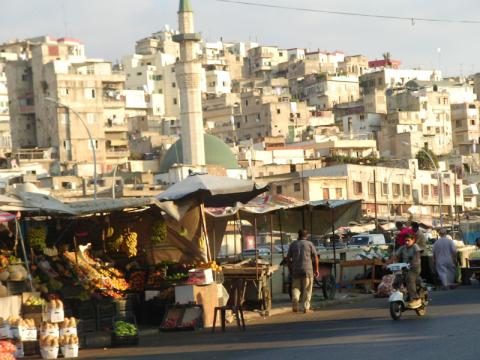 On 14 January 2016, members of the Intelligence forces in civilian clothes stormed into the house of 37-year-old Haytham Fatima in Tripoli. They arrested him and took him to the premises of the Ministry of Defence, where he was secretly detained for ten days.

During his detention, Haytham was tortured by members of the Military Intelligence. He was heavily beaten, especially on the head and ears, and forced to make confessions. Due to the heavy beatings he received, Haytham lost the hearing of his right ear.

After the ten days, Haytham was transferred to the Rihaniye Military Barracks , where he was further detained incommunicado – without any access to the outside word - until he was first presented before a Military Court on 25 February 2016. It is only on this occasion that Haytham was allowed to see his family and lawyer for the first time. At the hearing, he told the judge he had been tortured; however his allegation was not taken into consideration. In view of the judge's refusal toinvestigate Haytham's claims that he had been tortured, his lawyer requested that he be allowed to visit a doctor of his choice to undergo examination. Nevertheless , this request was also denied. Instead, Haytham was referred to the military hospital in Beirut, where military doctors affirmed there was "nothing wrong with him." Such a statement raises serious concerns over the independence of the doctors consulted. On the contrary, access to independent doctors for detainees is an instrumental factor for torture prevention.

"Haytham's case clearly shows Lebanon's lack of compliance with the Convention against Torture (UNCAT), which obliges Lebanon not only to prevent and punish all acts of torture but also to exclude all statements that may have been extracted under torture from being used as evidence in trials," recalls Inès Osman, Coordinator of the Legal Department and Legal Officer for the Mashreq region at Alkarama.

In view of these facts, Alkarama submitted Haytham's case to Juan Méndez, the United Nations Special Rapporteur on Torture (SRT), asking for his urgent intervention with the Lebanese authorities to request them to immediately release Haytham and to open an investigation into his allegations of torture. All statements obtained under torture must be excluded from proceedings.