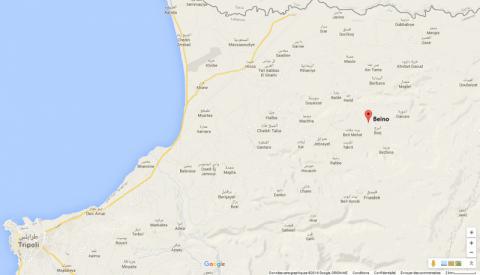 On 4 April 2016, 21-year-old Syrian baker Malaz Asaad will have the next hearing of his trial. He is facing terrorism charges, which are based on confessions he made under torture while detained in the Rihanyie military barracks in 2014. In view of these facts, on 25 February 2016, Alkarama sent an urgent appeal to the United Nations Special Rapporteur on torture and other cruel, inhuman or degrading treatment or punishment (SRT), Juan E. Méndez, asking him to call upon the Lebanese authorities to open an investigation into the acts of torture he was subjected to and drop all charges based on confessions obtained through torture.

On 29 October 2014, Malaz was arrested at the General Security Centre in Beino, where he was renewing his residence permit, and taken to the Rihanyie military barracks. There, he was detained incommunicado until 11 November 2014, when he was presented before the military investigative judge and charged with terrorism. During his detention, Malaz was tortured by members of the Military Intelligence who severely beat him up, including while handcuffed, forced him to stand in stress positions for several days and threatened to send him back to Syria. They also poured alcohol on him and threatened to burn his face. Following this ordeal, Malaz was forced to make confessions that were later used to base the charges brought against him. He was then transferred to Roumieh Prison, where he is still detained and where his family is allowed to visit him once a week.

It is only on 18 January 2016, when Malaz was presented to Beirut's Military Court for trial, that he was allowed to have access to a lawyer for the first time. Denouncing the acts of torture he had been subjected to, he retracted his forced confessions, following which the judges decided to postpone his hearing to April. However, they did not open any investigation into his allegations of torture. In view of this blatant violation of fair trial guarantees, and worried about Malaz' fate, especially as another young Syrian citizen was sentenced − in December 2015 by the Lebanese Military Court − to five years in prison on the sole basis of confessions extracted under torture, Alkarama seized the SRT in the hope that he could help put an end to Malaz' unfair trial.

Alkarama also recalls that in October 2014, the United Nations Committee against Torture (CAT) published the conclusions of its confidential inquiry into the practice of torture in Lebanon, affirming that "torture in Lebanon is a pervasive practice that is routinely used" for the "purpose of investigation" and "securing confessions to be used in criminal proceedings." The Committee issued 34 recommendations for the authorities to eradicate this practice, in particular to urgently reaffirm the absolute prohibition of torture, including by criminalising it and strengthening legal safeguards, and issue a clear warning to the perpetrators that they will be held personally responsible for such acts, which have still not been implemented.