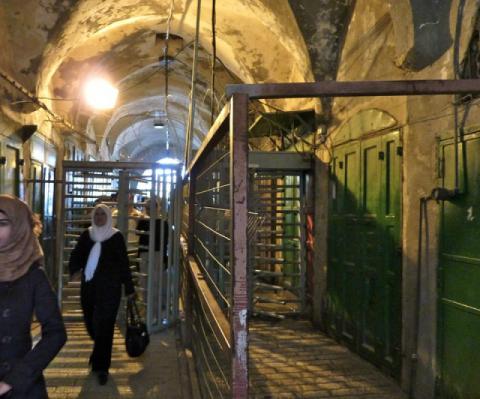 On 26 July 2014, 20-year-old Fares Ghaleb Mohammad Dar-Sheikh-Saadah was arrested by members of the Israeli army at a checkpoint in Hebron, a city in the southern West Bank, and taken to the Ktzi'ot Prison in the Negev desert. In April 2015, after an incident at the prison, Fares was transferred to the Megiddo Prison in northern Israel, known for its repeated abuses of Palestinian children, where he has been detained in solitary confinement ever since. In view of these facts, on 22 December 2015, Alkarama sent an urgent appeal to the United Nations Special Rapporteur on the situation of human rights in the Palestinian territories occupied since 1967 (SR OPT), requesting him to intervene with the Israeli authorities to put an end to Fares' solitary confinement.

On his way to the Abraham Mosque in Hebron in July 2014, Fares passed a checkpoint, where members of the Israeli military forces asked him to stop. Without hearing the order, the 20-year-old Palestinian continued to walk, to which the Israeli soldiers responded with assault. After trying to defend himself by pushing the soldiers away, Fares was arrested and later sentenced by the Ofer Israeli Military Tribunal to a year and two months imprisonment for assaulting Israeli soldiers.

In April 2015, during a search conducted at the Negev Prison where he was detained, prison guards insulted Fares, who reacted by pushing one of the detaining authorities. Following this incident, he was transferred to Megiddo Prison, where he has since been held in solitary confinement. He was again charged with assault and his next hearing will be held on 23 January 2016. His family is seriously concerned over Fares' situation, as the prolonged solitary confinement is affecting his mental health.

Alkarama recalls that in his 2011 interim report, the UN Special Rapporteur on torture and other cruel, inhuman or degrading treatment or punishment (SRT) affirmed that "the practice (of solitary confinement) should be used only in very exceptional circumstances, as a last resort, for as short a time as possible," also noting that his predecessors "have noted that prolonged solitary confinement may itself amount to prohibited ill-treatment or torture."

Concerned over Fares' situation, Alkarama seized the UN Special Rapporteur on the situation of human rights in the Palestinian territories occupied since 1967 (SR OPT), in the hope that he can help remove Fares from isolation. In addition, Alkarama calls upon the Israeli authorities to stop the practice of arbitrary detention of Palestinian citizens.