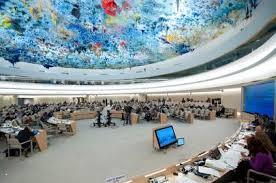 During the review, 88 UN member states made a total of 252 recommendations on a wide range of topics, including the grave humanitarian situation in the country, as well as the systematic use of arbitrary detention, enforced disappearances and torture by the Yemeni authorities, which are officially recognised and supported by Saudi Arabia and the United Arab Emirates. These issues were covered by Alkarama in its shadow report submitted to the Human Rights Council in the context of the 3rd cycle of Yemen’s Universal Periodic Review.

A large number of member states expressed their contentment about the recent steps towards a solution to the armed conflict, which culminated in the Stockholm agreement. Signed on December 13, 2018, the agreement provides for an aid corridor through Hodeidah, the demilitarization of Taiz, and an exchange of prisoners. Yet, there is still sporadic fighting around Hodeidah and Taiz and violence continues unabated in areas not covered by the agreement, including Sana’a.

The armed conflict that started in 2015, has caused massive civilian casualties and extensive destruction of civilian infrastructure, including hospitals and schools. Combined with the blockade imposed by the Saudi-led coalition and the denial of humanitarian access by the Houthi forces, the armed conflict resulted in the world’s current largest man made humanitarian crisis.  It is behind this backdrop that several states, including the United Kingdom, Croatia and Ireland have called on the Yemeni government to ensure unhindered humanitarian access and to abide by the Stockholm agreement.

Beside, numerous states, including Switzerland, the United Kingdom, Australia and Norway recommended that the Yemeni government work actively with the international community in investigating violations of international human rights and humanitarian law, including in cooperation with the Group of Eminent Experts.

As mentioned in the Alkarama report and notwithstanding the pledge Yemen made during the last cycle to “take measures to combat forced disappearances, collective arrests without a warrant and arbitrary detention without presentation of charges”, the practices of arbitrary detention, enforced disappearance, and torture remain widespread in the country.

While the Yemeni delegation claims that there are no unofficial detention facilities in the territory controlled by the government and that torture simply doesn’t exist, several recommendation with regards to these practices were made by the UN member states.

For instance, Norway called on the Yemeni authorities to promptly investigate the allegations of arbitrary detention, torture and ill-treatment and ensure accountability in line with international standards, while New Zealand urged the government to release all arbitrarily detained individuals.

Iceland, Ireland, the United Kingdom and Italy joined the call by demanding and immediate end to arbitrary arrests and detention, enforced disappearance, torture and ill treatment, and to ensure detainees are treated in accordance with international law and norms.

Overall, Yemen received 252 recommendations from 88 UN Member States, 182 of which have already been examined by Yemen and enjoy the support of the government. It must consider the remaining 70 recommendations no later than the 41st Session of the Human Rights Council in June 2019, and inform the Council of whether it will accept or reject the recommendations. The state should then implement the accepted recommendations before its fourth UPR cycle in 2024 in order to improve the human rights situation on the ground.