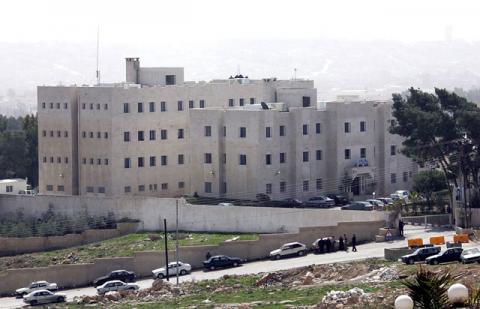 Background on the case

In July 2018, Yousef’s father was accused of illegally producing and smuggling fake-brand cigarettes in a case widely known as the “tobacco case”. The case has attracted a lot of media attention in Jordan amidst a government crackdown on corruption in response to the large-scale protests that have spread across the country since May 2018.

On July 23, 2018, the prime minister of Jordan announced that the case had been referred to the State Security Court (SSC), whose public prosecutor issued an international arrest warrant against Yousef’s father on August 6. However, his father had already fled the country. Yousef’s relatives have reported that the victim was not involved in his father’s business.

Two days after that announcement, on July 25, 2018, members of the General Intelligence Directorate (GID) arrested Yousef without presenting a warrant. Some of the officers were masked and carrying weapons, and others were dressed in civilian clothes.

He was then brought to an unknown location – which he later learnt was the GID’s headquarters in Wadi Sir – where was held in prolonged incommunicado detention and solitary confinement, being denied access to a lawyer and his family. The Jordanian authorities refused to provide any information on his fate and whereabouts to his family and lawyer, and did not acknowledge his detention, effectively subjecting Yousef to enforced disappearance, a practice prohibited under international law.

During this period, Yousef was interrogated on a daily basis by the GID and the SSC Prosecutor – who sits at the GID headquarters – without the presence of a lawyer. He was subjected to physical and psychological abuse that amounts to torture and ill-treatment – including electrocution, beatings, isolation, threats, verbal abuse – in order to extract information about his father in relation to the “tobacco case”.

On August 12, 2018, Yousef was transferred to Juweideh prison, where he is currently detained. It is only then that his family was informed of his fate and whereabouts for the first time, effectively ending the period of enforced disappearance of the victim, which lasted 19 days. His family has reported that Yousef is detained in poor conditions in a cell with 14 other detainees arrested in relation to the “tobacco case”.

Considering the serious violations to Yousef’s most fundamental rights, Alkarama requested that the UN WGAD urgently intervene with the Jordanian authorities to call for his immediate release.

In its complaint, Alkarama highlighted that Yousef was, among other violations, subjected to enforced disappearance for 19 days, subjected to torture and ill-treatment while interrogated without the presence of a lawyer, and held to this day without any legal basis, which thus renders his detention arbitrary.

Alkarama also shared with the WGAD its deepest concern over the fact that, in the case Yousef is charged and brought to trial, he would suffer further violations to his due process rights, considering the “tobacco case” was referred to the SSC. This special court seriously lacks independence and impartiality as it is composed of two military judges and one civilian judge, it is directly subordinated to the executive branch, and its members are directly appointed by the prime minister.

In fact, the Human Rights Committee – a body of independent experts monitoring the implementation of the International Covenant on Civil and Political Rights (ICCPR), ratified by Jordan in 1975 – has repeatedly called on the authorities to abolish this court, most recently in 2017, as it finds that the SSC lacks fair trial guarantees given its lack of independence from the executive and its close relationship with the GID.

Furthermore, Alkarama is concerned that Yousef’s case falls within a pattern of serious human rights violations, notably perpetrated by the GID, as it has documented numerous cases which follow the same pattern. Victims are usually arrested by the GID without any warrant, brought to their headquarters where they are detained incommunicado for several weeks, and severely tortured in order to extract confessions. These self-incriminating statements are then used by the SSC Prosecutor to charge the victims and are often admitted as the sole source of evidence during heavily flawed trials.

Lastly, given the fact that Yousef was not involved in his father’s business and thus has no relation to the “tobacco case” except for being the main suspect’s son, Alkarama submits that the Jordanian authorities are acting in violation of the principle of the individual nature of penalties, i.e. he should not be prosecuted or sentenced for acts committed by his father or any other individual.