Jordan: Pharmacist Remains Missing Since 23 May 2017 after his Arrest by GID Agents 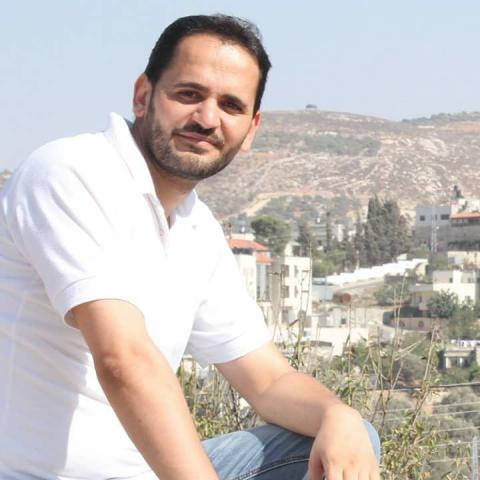 Ramsi Suleiman, 39 years old pharmacist in the Umm Summaq neighbourhood in Amman is missing after a group of several General Intelligence Directorate (GID) agents broke in his pharmacy and arrested him on 23 May 2017 at 11 pm. The GID members refuse to provide his relatives with any information on his fate and whereabouts or on the reason of his arrest. His family is calling upon the authorities to ensure the respect of his fundamental rights and his security.

This abduction is not the first instance of abuse by GID forces against Suleiman. Already on 5 May 2017, the pharmacist’s home was raided and searched by a group of GID agents, late at night. The security forces were looking for him but as he was absent, the agents took on to threaten and insult his mother and his wife. They eventually decided to arrest and assault Suleiman’s brother in order to compel him to surrender himself to the authorities. His brother was released the following day. Two weeks after the incident, Suleiman was eventually arrested at his pharmacy.

If the GID did not give any official reasons for the harassment and the abduction, Suleiman's relatives believe he was targeted because he is suspected of being a member of Hizb Ut Tahrir (HT). This organisation is an international, pan-Islamic non-violent political movement legally present in the numerous counties in the Arab world as well as in Central and South-East Asia and European countries, but remains banned in Jordan. This seems to be corroborated by the fact that several other alleged HT members or supporters had been in fact arrested in the past few months.

Convinced that he was taken to the GID headquarters in Amman's Jandawil district in Wadi Sir, his relatives and lawyer went there several times to inquire about his fate and whereabouts. To no avail: the GID kept denying his arrest and refused to provide them with any information. Facing this refusal, they contacted the Jordan National Centre for Human Rights (JNCHR), the National Human Rights Institution, as well as the International Committee of the Red Cross (ICRC), but with no result so far.

“We are extremely concerned over Suleiman’s disappearance as it seems to be politically motivated and puts him at risk of more violations to his fundamental rights” said Inès Osman, Regional Legal Officer for the Mashreq at Alkarama. “The Jordanian authorities must immediately release him and at the very least inform without, any further delay, his family of his fate and whereabouts and allow him to have access to a lawyer.”

Concerned over his safety, Alkarama sent Suleiman’s case to the United Nations Working Group on Enforced Disappearances (WGEID) on 3 July 2017, calling for the experts’ urgent intervention with the Jordanian authorities to request them to inform his family on his fate and whereabouts and release him.