Lebanon: Release on Bail of a Minor Tortured by the Military Intelligence 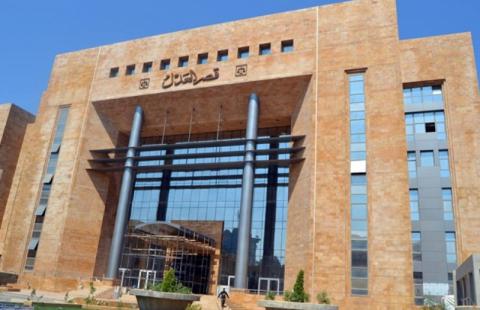 On 25 October 2016, Walid Diab, a 18-year-old Lebanese citizen from Tripoli, was released from the juvenile section of Roumieh prison where he was detained, following a release order issued the same day by the Juvenile Court in Tripoli. Arrested in 2014 when he was still a minor, Walid was accused for being a "member of a terrorist group" by the Military Court sitting in Beirut on the sole basis of information extracted under torture.  Concerned over the arbitrary character of his detention, Alkarama had sent Walid's case to the United Nations Working Group on Arbitrary Detention (WGAD) on 29 August 2016 demanding for its urgent intervention with the Lebanese authorities. His case was then transferred to the Juvenile Court in Tripoli in September 2016.

On 12 September 2014, Walid, 16 years old at the time, was arrested at a military checkpoint based on information provided by "secret informants" and detained incommunicado for three months. He was severely tortured at the premises of the military intelligence in Hanna Ghostine Barracks in Araman, north Lebanon, including through electrocution, hanged with his wrists behind his back, beaten and denied food and water.

It is under torture that he was then forced to confess being a "member of a terrorist group", for which he was object of prosecution by the Military Court sitting in Beirut, despite him raising his allegations of torture before the judge. A minor at the time of arrest, his case was then transferred to the Juvenile Court of North of Lebanon sitting in Tripoli, according to the Lebanese Juvenile Law.

On 25 October 2016, the Juvenile Justice Court in Tripoli ordered his release upon payment of financial guarantee of 1.600.000 Lebanese Lira (approximately 1060$) pending trial. Therefore, Walid was released from the juvenile section of Roumieh where he was detained.

"Despite welcoming Walid's release we are appalled that the Lebanese judiciary continues to prosecute him on the sole basis of information extracted under torture while he was detained without any access to the outside world," says Inès Osman, Legal Coordinator at Alkarama. "It is unacceptable that even minors accused of terrorism are blatantly denied their fundamental rights. Lebanon must put an end to these violations with the greatest urgency and ensure children in conflict with the law are tried within a juvenile justice system that respects all the fundamental guarantees for fair trial."