Qatar: poet imprisoned for reciting a poem receives pardon and is released 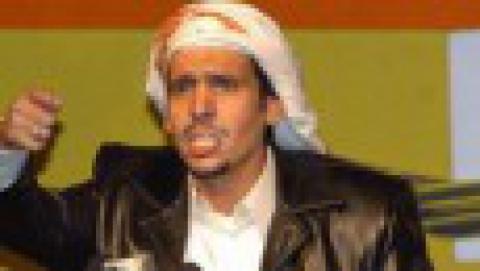 Alkarama welcomes the release, on 15 March 2016, of Mohamed Al-Ajami, a Qatari poet who had been sentenced to 15 years' imprisonment for writing and reciting, in his home, a poem criticising Arab governments and praising the Tunisian revolution in 2010. Al-Ajami was arrested in 2011 and sentenced in 2013 to 15 years in prison for "inciting to overthrow the regime" and "insulting the Emir".

Concerned over his arbitrary detention, Alkarama raised Al-Ajami’s case with the UN Human Rights Council (HRC) Member States while denouncing violations to freedom of expression and of assembly in its submission to the country's second Universal Period Review (UPR) in May 2014. Furthermore, on 20 October 2015, UN human rights experts affirmed that "the arrest, detention and sentencing of Mohammed Al Ajami in October 2013 seem to be solely related to the peaceful exercise of his fundamental human rights", and called for his release.

After almost five years in detention, Al-Ajami was finally released on 15 March 2016, following a pardon given by the Emir. Even though Alkarama welcomes his pardon and release, it remains very concerned over the infringements of the rights to freedom of expression, association and peaceful assembly by the Qatari authorities, and calls upon the State to: