Iraq: 3 Men Disappear after Arrest in Southern Baghdad in 2014 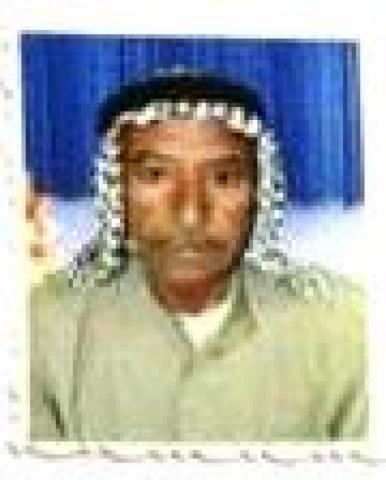 On 12 October 2015, Alkarama and Al Wissam Humanitarian Assembly sent a communication to the United Nations Committee on Enforced Disappearances (CED) regarding the case of three men who disappeared following their respective arrests at their homes in the Doha neighbourhood in southern Baghdad between May and June 2014.

Circumstances of the arrests and disappearances

On 21 May 2014, at 1am, eight military officers dressed both in uniforms and civilian clothes stormed into 49-year-old Ali Al Rubaie's house, beat him up in front of his wife and son and arrested him, before driving him to an unknown location.

On the same day, at 1:15am, a group of eight masked men belonging to the SWAT forces dressed in military and black uniforms raided the house of 51-year-old Ali Al Jabouri and arrested him, together with his son, high school student Ahmad, and another relative who was visiting the family at the time. All three men were forced into Chevrolet Silverado pick-up trucks and taken to an unknown location. According to a former detainee at the Baghdad Airport Prison, Al Jabouri is currently detained in that facility, where some of the most serious human rights abuses occurred after the invasion of Iraq.

Two weeks after these arrests, on 4 June 2015, at 8am, military officers in military and black uniforms raided married father Ali Al Zoubai's house asking to verify his ID and residence card, as the family had recently moved to the Dora neighbourhood from the town of Yusufiyah, 30km south of Baghdad. After checking his documents, the military officers arrested him and forced him into a Hammer pick-up truck, before driving him to an unknown location.

Steps taken to locate them

Following their disappearances, the families of Al Rubaie, Al Jabouri and Al Zoubai each enquired about their respective whereabouts in several detention centres, such as the Al Muthanna airport military detention facility – a secret detention centre located in West Baghdad where torture is systematically practiced – the Baghdad Airport Prison and the Tasferat Prison, as well as with governmental bodies, including the Human Rights Ministry and the Ministry of Interior, but none of these authorities provided the families with information on the fate of their relatives.

Left with no other recourse, the families contacted Al Wissam Humanitarian Assembly – an Iraqi human rights organisation documenting cases of disappearances – as well as Alkarama, in the hope that they could help locate and release their family members. In view of the facts, the two human rights NGOs seized the UN Committee on Enforced Disappearances (CED), requesting it to ask the Iraqi authorities to release the victims immediately or, at the very least, to put them under the protection of the law by disclosing their whereabouts and allowing their families to visit them without restriction.

Even though Iraq has acceded to the International Convention for the Protection of All Persons from Enforced Disappearance (ICCPED) in 2010, to date, the State has still not incorporated the crime of enforced disappearance into its domestic law. Alkarama, therefore, calls on the Iraqi authorities to urgently implement the recommendations the Committee on Enforced Disappearances (CED) issued during its 9th session, and in particular to: