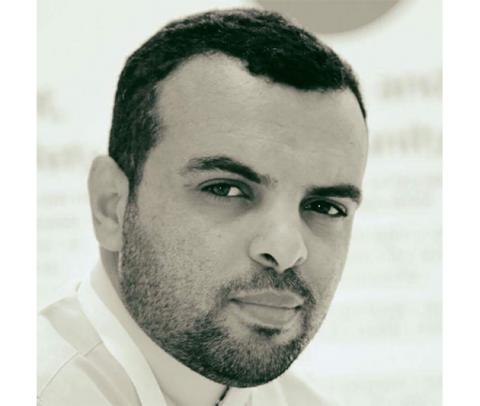 Al Muraisy, who has been living and working in Saudi Arabia since 2003, has collaborated with numerous Saudi media organisations in the past, including MBC and Al Majd TV Network. As a result of his work, which focuses predominantly on digital media, creative content and e-marketing, he has amassed a substantial social media following.

Sources close to Al Muraisy have reported that around three months ago, after taking one of his children to hospital for routine treatment, he returned to find members of the National Security Forces at his home. They proceeded to arrest him, before forcing him to go with them to an unknown location. His family have not been able to obtain any information about his fate and whereabouts since, despite lodging several complaints with the Saudi authorities.

While Al Muraisy has never reported or publically commented on Saudi politics, in June 2016, he appeared in a televised interview with prominent cleric Sheikh Salman Al Odah. The latter has been arbitrarily detained for over a year, in retaliation for a tweet in which he called for mediation between the Qatari and Saudi authorities in the context of the Gulf diplomatic crisis. Just this month, the Saudi prosecution requested that Al Odah be sentenced to death. During the interview, Al Muraisy discussed the growth of his Twitter following and new online tools for conveying information to Arab audiences.

Al Muraisy’s disappearance comes in the context of a campaign of mass arrests and enforced disappearances in Saudi Arabia that began in September 2017, and which has targeted individuals from all sectors of society, including members of the royal family, human rights defenders, businessmen, scholars and public figures. This trend seems to have peaked in recent months, with at least fifteen human rights defenders, mostly women, arrested since May 2018.

Saudi Arabia has been widely condemned by the international community for its relentless suppression of anyone thought to pose a threat to the status quo. In May 2018, the European Parliament adopted a resolution in which it called for the EU delegation to the United Nations to raise the issue of the state’s membership in the Human Rights Council (HRC) given its “questionable human rights record”.

Similarly, in August, the Canadian authorities called for the immediate release of all peaceful human rights activists. In retaliation, Saudi Arabia severed all diplomatic ties with the state, expelled the Canadian ambassador, froze trade agreements, and withdrew Saudi students from Canadian universities.

Alarmed by the escalation of this crackdown, on September 17, Alkarama requested the urgent intervention of the WGEID to call on the Saudi authorities to release Al Muraisy, or, at the very least, to bring him under the protection of the law and inform his relatives of his fate and whereabouts.