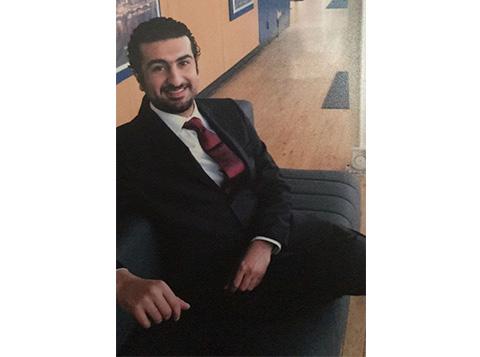 (Geneva, May 30, 2018) – On May 29, 2018, Alkarama submitted the case of dual Qatari and Saudi Arabian national Nawaf Al Rasheed to the United Nations Working Group on Enforced or Involuntary Disappearances (WGEID). Al Rasheed, a student at Qatar University and son of the late Prince Talal Bin Abdulaziz Al Rasheed of Saudi Arabia, has been missing since he was deported to Saudi Arabia on May 12, 2018.

In early May, Nawaf travelled to Kuwait to attend poetry recitals. On May 12, while on his way back to Qatar, where he has lived for the past four years, Nawaf was arrested by Kuwaiti National Security forces wearing civilian clothes, and forcibly deported to Saudi Arabia. The officers did not present an arrest warrant nor did they provide a reason for his arrest. There has been no news of Nawaf’s fate and whereabouts to date.

The Al Rasheed family ruled the Emirate of Ha’il in the north of present-day Saudi Arabia until 1921, and have a historic rivalry with the current ruling family – the House of Saud. Nawaf’s father, Prince Talal Bin Abdulaziz Al Rasheed, was a well-known poet who was killed under dubious circumstances while on a camping trip in Algeria in 2003. While not involved in any political activity, Nawaf remains a well-known member of the historically significant royal family, who may be perceived as a threat by the Saudi Arabian authorities.

Dr Madawi Al Rasheed, a visiting professor at LSE Middle East Centre and Nawaf’s cousin, commented that the Saudi Arabian detention campaign “can be seen as a sign of insecurity” of the authorities, as well as a way of ensuring Mohammed Bin Salman’s “legitimacy as rightful heir to the throne”.

Nawaf’s disappearance has taken place in the context of an unprecedented crackdown on freedom of expression in Saudi Arabia that began in September 2017. Dozens of public figures, activists and scholars have been targeted, most of whom were arrested solely because they disagreed with government policy or failed to publicly display their support for the Saudi-led blockade of Qatar. This trend seems to have peaked again, with at least 13 well-known women’s rights activists having been arrested since May 15, 2018.

On May 29, the Office of the United Nations High Commissioner for Human Rights (OHCHR) issued a statement expressing concern over Al Rasheed’s disappearance as well as the activists’ arrests. The OHCHR called on the authorities “to immediately provide information concerning [Al Rasheed’s] whereabouts, and make clear whether or not he has been arrested, detained or charged, and if so on what grounds.”

Alkarama requested the WGEID’s urgent intervention with the Saudi Arabian authorities to call for Al Rasheed’s immediate release, or, at the very least, to put him under the protection of the law and inform his relatives of his fate and whereabouts.