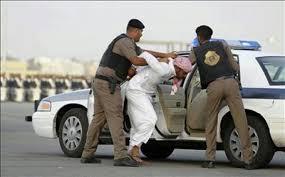 On October 25, 2017, Alkarama expressed concern over the ongoing clampdown on peaceful dissent in Saudi Arabia while bringing several cases of arbitrary arrests to the attention of the United Nations Special Rapporteur on freedom of expression (SR FREEDEX), David Kaye.

Since September 2017, Saudi Arabia has witnessed an unprecedented crackdown on freedom of expression. Dozens of public figures and activists have been targeted, most of whom were arrested solely because they disagreed with government policy or because they failed to publicly display their support for the Saudi-led blockade of Qatar.

Alkarama referred the case of well-known Islamic scholar Salman Al Odah - whose arrest on September 9 marked the beginning of the crackdown - to the Special Rapporteur. In the context of the Gulf diplomatic crisis, Al Odah published a post on Twitter to his 14 million followers, expressing his support for mediation between the Saudi and Qatari rulers. The post read “may God harmonise between their hearts for the good of their people.”

The following day, Al Odah was arrested in his house in Riyadh by members of the State Security Forces (Al Mabahith). The officers were dressed in plainclothes and did not present a warrant. Since his arrest, Al Odah has been detained in an unknown location, with the authorities refusing to disclose any information on his whereabouts and denying his relatives the right to communicate with him. In what was clearly an act of reprisal for looking for Al Odah, the Saudi authorities arrested his brother, Khaled, on September 12, and imposed a travel ban on the entire Al Odah family.

The ongoing campaign of arrests – which is linked to the ongoing Gulf crisis and to major changes in the balance of power within the ruling family – has been framed by Saudi authorities as being in the interest of public security.

On September 11, the Presidency of State Security stated that this wave of arrests was meant to protect society against “the espionage activities of a group of persons working for foreign agencies against the security, interests, way of life, resources and communal peace of the Kingdom with the aim of stirring up dissent and damaging the fabric of society.”

Expressing its concern over the current crackdown on freedom of speech, which is reaching new heights in the country, Alkarama requested the intervention of SR FREEDEX. Alkarama asked the Special Rapporteur to call upon Saudi authorities to immediately release all individuals arbitrarily detained as a result of this crackdown, and to allow for the peaceful exercise of this fundamental right in the country.