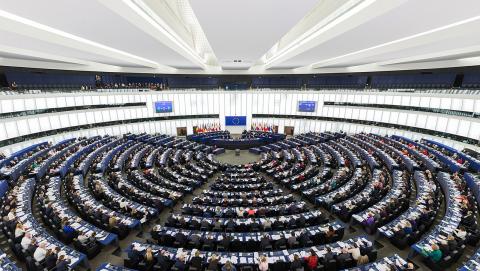 (Geneva, June 1, 2018) – In a resolution published on May 30, the European Parliament condemned the recent wave of arrests in Saudi Arabia while calling on the Saudi authorities and the European Union (EU) to take a number of steps to protect human rights in the country.

Since May 15, the Saudi authorities have arrested seven women and four men who have been active campaigners against the ban on women driving and the male guardianship system, though four of the women were reportedly released on May 24. The arrests have taken place within the context of an unprecedented crackdown on freedom of expression in Saudi Arabia that began in September 2017, and which has peaked again in recent weeks.

The resolution noted that within a few days of the arrests, the activists were labelled as “traitors” and a threat to state security across a number of pro-government media outlets and social media accounts, which may reflect the government’s intention to issue harsh sentences against them.

A statement issued by the UN High Commissioner for Human Rights’ spokesperson on May 29, 2018 also condemned the arrests as well as the disappearance of Nawaf Al Rasheed, the son of Prince Talal Bin Abdulaziz Al Rasheed, who has been missing since he was deported from Kuwait to Saudi Arabia on May 12. Prominent human rights defender and co-founder of the Saudi Civil and Political Rights Association (ACPRA), Mohammed Al Bajadi, also remains missing since his arrest on May 24.

While this crackdown continues unabated, Saudi Arabia remains a member of the UN Human Rights Council (HRC) and the Commission on the Status of Women. The European Parliament called on the EU to table a resolution on the situation of human rights defenders in Saudi Arabia at the next HRC session in June, and to raise the issue of the membership of states with “questionable human rights records”. The parliament further requested that the EU propose a Special Rapporteur on human rights in Saudi Arabia be appointed.

The parliament urged the Saudi authorities to ratify the International Covenant on Civil and Political Rights (ICCPR), to lift restrictions on the Convention on the Elimination of All Forms of Discrimination against Women (CEDAW), to ratify the CEDAW’s Optional Protocol, and to issue a standing invitation to all Special Procedures of the HRC to visit the country.

At the domestic level, the resolution expressed concern over a “range of discriminatory laws”, and urged the authorities to revise the Law on Associations and Foundations to ensure that human rights defenders can work freely, as well as the Anti-Terrorist Law, the Anti-Cybercrime Law and the Press and Publications Law, all of which are frequently used to prosecute human rights defenders.

The parliament called for an immediate moratorium on the use of the death penalty as a step towards its full abolition. In the meantime, the Saudi authorities must ensure that the death penalty is only applied to the most serious crimes and that individuals are guaranteed due process, including the right to appeal. At present, all cases Alkarama has documented in which the death penalty was pronounced show a systematic practice of violations to fair trial guarantees.

The resolution noted that the “social system remains undemocratic and discriminatory” and “severely represses all voices of dissent”. The parliament therefore called on the authorities to put an end to repression and judicial harassment against human rights defenders which, as it stands, “undermines the credibility of the reform process in the country”.

In order to ensure the Saudi authorities’ treatment of detainees – including human rights defenders – adheres to international standards, the resolution requested that the European External Action Service and the Commission organise prison visits and monitor trials. It also requested the EU include human rights – particularly women human rights defenders – as a permanent item of discussion at the annual summit between the EU and the Gulf Cooperation Council.