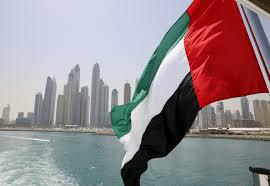 The UAE’s Lack of Cooperation with the United Nations

Five years ago, on 19 July 2012, the UAE acceded to the UN Convention against Torture (UNCAT), thereby committing to take active measures to prevent and prosecute such practice and to offer reparation to victims, as to ultimately abide by the principle of the absolute prohibition of torture. However, little has been done by the authorities to effectively implement this main international human rights instrument: the practice of torture persists with numerous cases reported and a prevailing climate of impunity for perpetrators. Next month, on 19 August 2017, the UAE will have a four-year delay in submitting its report to the Committee against Torture (CAT), which is supposed to assess the country’s compliance with the Convention.

Over the last years, fundamental rights have been under continuous attack: lawyers, professors, human rights defenders and those critical of the government have been prosecuted for making use of their right to freedom of expression. To that end, the UAE expanded its legal arsenal to stifle any dissent. While the Cybercrime Law criminalises defamation, the Anti-terrorism Law defines a terrorist act as any act that would “antagonize the State”. Last year, the Penal Code was amended as to increase sanctions for “insulting the president of the UAE” and “harming the reputation of the State”. The ‘UAE 94’ – a group of lawyers, academics and governments critics–, economist and activist Naser Bin Ghaith, prominent human rights defender Ahmad Mansoor  and Jordanian journalist Taysir Salman, are only a few victims of this crackdown on free speech. As a member of the Human Rights Council, the UAE should uphold fundamental human rights; yet, it continues to systematically subject peaceful dissidents to reprisals.

Human Rights on the Horizon?

There are plenty of opportunities for the UAE to show good faith and make real changes in order to improve their human rights record. The UAE’s Universal Periodic Review (UPR) before the UN Human Rights Council will be held in January 2018. During this peer review, UN Member States will comment on the human rights situation in the country and make recommendations. We hope that the UAE will accept all recommendations and guarantee their effective implementation.

To fulfil its commitment to uphold human rights standards, the UAE must comply with the decisions of the UN Working Group on Arbitrary Detention (WGAD). Among others, this UN group of experts has called for the release of the ‘UAE 94’ in 2013, considering their detention to be arbitrary. More recently, the WGAD issued an Opinion on the case of Mohamad Az, considering his detention as arbitrary as it was the result of the legitimate exercise of his fundamental right to freedom of expression, and that his trial was flawed with irregularities.

Lastly, to show true commit to human rights standards, the UAE must ratify the International Covenant on Civil and Political Rights (ICCPR ), one of the most basic and important international human rights instruments that was ratified by 169 countries worldwide.