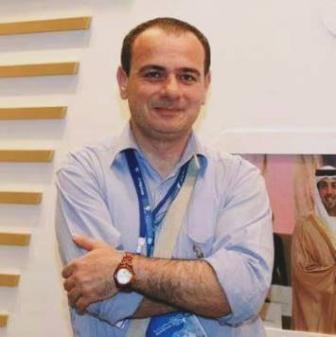 On 15 March 2017, Jordanian journalist Taysir Salman, also known as Taysir Al Najjar, was sentenced by the Federal Appeals Court of Abu Dhabi to three years in prison for having violated the cybercrime law by posting critical statements of the UAE’s support to Egypt’s action in Gaza on Facebook. Deeming his detention arbitrary as it violates his fundamental right to freedom of expression, Alkarama submitted Taysir Salman’s case to the Working Group on Arbitrary Detention (WGAD) requesting it to issue an opinion confirming the arbitrary nature of his detention.

On 13 December 2015, Taysir Salman was arrested at the Criminal Investigation Department (CID) of Abu Dhabi by members of the State Security Forces and taken to an unknown location. He was then detained in secret for over two months until 18 February, when he was first allowed to contact his family and inform them that he was being detained at Al Wathba prison. He told them that he was being interrogated in relation to a Facebook post, in which he criticised the UAE’s support for Egypt’s action in Gaza. Alkarama had at this point submitted his disappearance to the UN Working Group on Enforced or Involuntary Disappearance (WGEID). In April 2016, after Taysir Salman reappeared and it became clear that he had been arrested for having expressed his views online, Alkarama submitted an urgent appeal to the WGAD regarding his arrest and calling for his immediate release.

In October 2016, Taysir Salman was charged under the cybercrime law for having “insulted and damaged the reputation and prestige of the state.” His trial began on 18 January 2017 and on 15 March 2017, he was sentenced to three years in prison and a fine of 300.00 Dirhams (roughly 82000 US Dollars). The court further ordered him to shut down his social media accounts and decided to deport him back to Jordan upon the termination of his sentence.

Given the fact that Taysir Salman was prosecuted and sentenced to three years in prison for a Facebook post, Alkarama submitted on 27 March 2017 a request for Opinion to the WGAD, asking it to call upon the Emirati authorities to release him as he cannot be prosecuted for having simply exercised his right to freedom of expression.