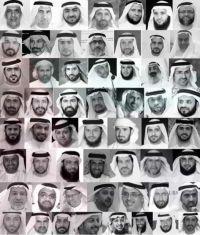 (Beirut) – The convictions of 69 defendants in the United Arab Emirates' (UAE) mass trial of 94 government critics on July 2, 2013, were based on a fundamentally unfair trial, a coalition of human rights groups said today. The convictions probably violated the right of free association of many of those accused.

The trial was marred even before it started by violations of fair trial standards, including the denial of legal assistance during pretrial incommunicado detention, and allegations of torture. The verdict cannot be appealed as it was decided by the highest court in the land. Given the due process violations, the defendants should be retried, the rights groups said. All of those convicted solely on the basis of exercising their rights to free association and expression should be freed and the charges dropped.

"The conviction of 69 government critics is a low point for the UAE's worsening human rights record and its serious abuse of due process rights," said Joe Stork, deputy Middle East director at Human Rights Watch. "These unfair verdicts and the UAE's efforts to shut down criticism should be a wakeup call to UAE's international allies."

The authorities have yet to release precise details about the convictions, but the defendants were charged with, among other things, association with a group that aimed to overthrow the country's political system, under article 180 of the penal code. Many of those sentenced are members of a local group, Reform and Social Guidance Association (al-Islah), which has been engaged in peaceful political debate for many years and advocates greater adherence to Islamic precepts.

During the trial, prosecutors claimed to have evidence that the defendants set up a parallel organization, Dawat al-Islah, with different goals and ideology. However, local sources told the human rights groups that the prosecution's case hinged on the defendant's openly held beliefs, their involvement with al-Islah, and that group's relationship with the Muslim Brotherhood.

The coalition of rights groups consists of Alkarama, Amnesty International, the Arabic Network for Human Rights Information, the Gulf Centre for Human Rights, Human Rights Watch, and the International Federation for Human Rights. The fact that many of the defendants were held incommunicado in pretrial detention and denied legal assistance during that period violated their right to a fair trial, the groups said. In addition, the authorities failed to investigate credible allegations that statements by the defendants used as evidence in their trial were secured by torture. The trial sessions, which began on March 4, were closed to independent observers and the international media.

At least 64 of the detainees were held at undisclosed locations for up to a year before the trial. Many of the detainees did not have access to legal assistance until late February. When they did finally meet with their lawyers, a representative of the state security prosecutor was in the room and within earshot, in violation of the requirement under international law for confidentiality in conversations between lawyers and clients.

At the first trial hearing, some defendants told the judge they had been seriously ill-treated during their months in detention. They described prolonged solitary confinement, exposure to continuous fluorescent lighting that made it difficult to sleep, inadequate heating, and hooding when they were taken from their cells – including while being taken to the toilet or for interrogation. They said they had been repeatedly insulted by prison guards.

People who were in the courtroom on March 4 told Human Rights Watch that the judge ordered medical examinations in response to the allegations. But they said that the examinations did not take place.

"This deplorable trial has only exposed the fundamental flaws of the justice system in the UAE, and put the spotlight on the authorities' increasing intolerance of critical voices," said Hassiba Hadj Sahraoui, deputy director of Amnesty International's Middle East and North Africa program.

On June 27, Alkarama, Amnesty International, and Human Rights Watch published credible allegations of torture that the defendants had smuggled out of prison in hand-written letters. The defendants described systematic torture that was consistent with other allegations of torture at UAE state security facilities. "I was beaten with a plastic tube all over my body," one detainee said. "I was tied to a chair and threatened with electrocution if I didn't talk. I was insulted and humiliated."

Prior to the March 4 opening of the trial, security officials denied entry to the UAE to Ahmed Nashmi al-Dhafeeri, the international observer for Amnesty International, and Noemie Crottaz, a representative of the Geneva based human rights organization Alkarama. Several international observers were allowed to enter the country, but authorities prevented them from entering the court despite the fact that they had complied with the stipulated procedures and furnished the requisite documentation.

Speaking to the United Nations Human Rights Council on June 7, during the periodic review of the country's human rights record, known as the Universal Periodic Review, UAE government ministers asserted that the country was trying its utmost to achieve a balance between protecting society and guaranteeing fundamental freedoms.

The UAE government should make good on its word to cooperate with UN human rights bodies by issuing an urgent invitation for human rights experts to examine all aspects of this case, the coalition of human rights groups said. In particular, they should examine the allegations of torture made by the defendants.

The government should also immediately and unconditionally release all of those involved in this case and others previously convicted solely for exercising their rights to freedom of expression and association.
For more information or an interview, please contact media@alkarama.org (Dir: +41 22 734 1008).
United Arab Emirates
Arbitrary Detention