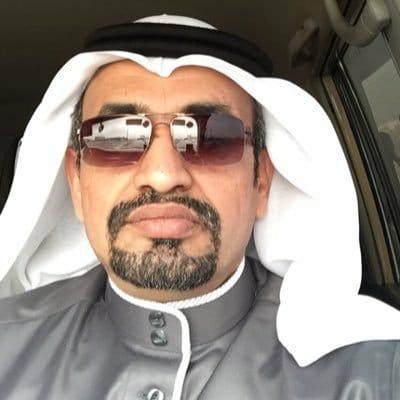 Saudi human rights sources have reported that human rights defender Issa Al-Nukhaifi went on hunger strike while in detention in Al-Ha'ir prison in Riyadh, without giving details of the reason. However, according to reliable reports, the Saudi authorities have recently increased their repressive measures against prisoners of conscience and human rights defenders.
Saudi security authorities arrested Issa Al-Nukhaifi, a prominent Saudi lawyer and human rights defender, on 18 December 2016 after he responded to their call to investigate him. On 17 January 2017, Alkarama sent an urgent appeal to the Special Rapporteur on the situation of human rights defenders, asking him to call on the Saudi authorities to immediately release Al-Nukhaifi.
Al-Nukhaifi was questioned on his Twitter account after he called for the release of members of the Association for Political Rights in the Kingdom of Saudi Arabia (ACPRA), and other prisoners of conscience, and for the creation of a parliament whose members would be elected by citizens.
Al-Nukhaifi has been arrested several times in the past for his peaceful activism, and was tried in 2013 by the Specialised Criminal Court for Terrorism and State Security Cases, after appearing on television and criticising corruption and human rights abuses in the country. In April 2013, he was sentenced to three and four years in prison, a travel ban and a social media ban, and was only released in April 2016.
This time, Al-Nukhaifi's trial before the Specialised Criminal Court opened on 21 August 2017, and the charges against him include "undermining the social fabric and national cohesion"; "communicating with foreign groups hostile to the state and receiving funds from these groups" and "using the telephone and internet to store and transmit information affecting public order."
In February 2018, the Specialised Criminal Court sentenced al-Nukhaifi to six years in prison and banned him from travelling and using social media for a period of six years, based on the provisions of the Anti-Cybercrime Law. On 7 April 2018, the Court of Appeal confirmed the verdict against Al-Nukhaifi in a decision that cannot be appealed.
At the end of June 2018, the UN High Commissioner for Human Rights issued a memorandum that a number of UN experts had sent to the Saudi authorities, expressing their "grave concern about [...] the widespread and regular practice of arbitrary arrests and detentions of individuals, including human rights defenders, for the peaceful exercise of their rights to freedom of expression, belief, assembly and association."
The note, dated 22 December 2017, lists the names of 15 individuals whose cases Alkarama brought before the special procedures, including lawyer and human rights defender Issa Al-Nukhaifi, nine members of the banned Association for Civil and Political Rights in Saudi Arabia (ACPRA), as well as blogger Raif Badawi, human rights defenders Jaber Al-Amri and Fadel Al-Manasif, preacher Salman Al-Odah and his brother Khaled.
In this note, the Special Rapporteur on the promotion and protection of the right to freedom of opinion and expression, the Special Rapporteur on freedom of religion or belief, the Special Rapporteur on the situation of human rights defenders, the Special Rapporteur on the promotion and protection of human rights and fundamental freedoms while countering terrorism as well as the Working Group on Arbitrary Detention, alerted Saudi Arabia to its obligation, as a member of the UN Human Rights Council at the time, to "ensure the highest standards of promotion and protection of human rights. " They reiterated their previous recommendations calling for the immediate release of all the above-mentioned victims. In their letter, they also asked the government to provide information on measures taken to bring anti-terrorism and security legislation into line with international human rights standards.