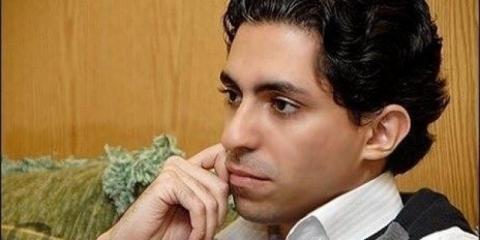 On 12 June 2015, Raif Badawi's 1,000 lashes corporal punishment was not carried out, officially for medical reasons, but it could resume at any moment every Friday. The blogger and human rights defender is still arbitrarily detained, a situation that could last for up to 10 years, since his prison sentence was also confirmed by the Supreme Court of Riyadh on 7 June 2015.

Following the confirmation of his sentence to 10 years imprisonment and 1,000 lashes for "insulting Islam through electronic channels", on 11 June 2015 Alkarama sent an urgent appeal to Juan Mendèz, the United Nations Special Rapporteur on Torture (SRT), asking him to urgently intervene with the Saudi authorities so they release Badawi or, at the very least, halt his punishment. Today, this father of three's last hope lies with the Saudi monarch, King Salman, who has the authority to pardon him.

Founder and Director of the Free Saudi Liberal Network, which promotes freedom of expression and works to prevent religious extremism, Badawi has published many articles criticising the very strict religious discourse in Saudi Arabia and has continuously advocated for human rights, including the rights of minorities, in particular religious minorities.

Badawi was arrested a first time in 2008, and subsequently for one day, before being subjected to intensive interrogation for an additional two days about his online criticism of the religious police's numerous human rights violations. Worried about his fate, he left Saudi Arabia on 15 April 2008 and returned to his country to resume his activities a few months later when the charges were dropped on 20 December 2008.

Charges of "creating a website insulting Islam," "ridiculing Islamic religious figures," "attacks and insults against official circles" and "parental disobedience" were then pressed against him in 2009. While initially these charges did not lead to any prosecution, in 2012 Badawi was summoned to appear before the Criminal Court in Jeddah. Subsequent to his refusal to comply with the order, he was arrested a second time by the police on 17 June 2012.

On 29 July 2013, after over a year of trial, Badawi was found guilty of "setting up a website that undermines general security" and "ridiculing religious figures" and was sentenced to seven years in prison and 600 lashes. As the prosecutor insisted on a harsher ruling, his sentence increased to 1,000 lashes and 10 years, and he was denied the right to appeal.

Due to widespread international outrage, campaigns and protests for his release and against his corporal punishment – including a statement by the Swedish Foreign Minister –, the Saudi authorities sent his case for review to the highest judicial authority, the Supreme Court of Riyadh. While his family and supporters had hoped that that the sentence of 10 years imprisonment and 1,000 lashes would be reduced or even commuted, the Court confirmed the sentence on 7 June 2015.

Alkarama had already referred Badawi's case to both the UN Working Group on Arbitrary Detention (WGAD) and the Special Rapporteur on torture and other cruel, inhuman or degrading treatment or punishment (SRT) in 2013, and on 9 January 2015, had sent a first urgent appeal to several UN Special Procedures asking them to take urgent measures to protect him, including by urging them to state in a public release, that Badawi's arrest, detention, trial and sentence represent a clear violation of his most fundamental rights and that these violations should be stopped immediately.

On 15 January 2015 the UN High Commissioner for Human Rights (HCHR), Zeid Ra'ad Al Hussein had appealed to the Kingdom of Saudi Arabia to halt his corporal punishment, calling flogging a "cruel and inhuman punishment" under international human rights law, in particular under the Convention against Torture (CAT), which Saudi Arabia ratified in 1997.

On 11 June 2015, Alkarama is once again calling upon the SRT to urgently intervene with the Saudi authorities so they release Badawi or, at the very least, halt his punishment. In line with the High Commissioner's statement, and given the clear arbitrary nature of Badawi's detention, Alkarama urges the Saudi authorities not only to stop further flogging, but also to immediately release and protect Raif Badawi. Moreover, we urge Saudi Arabia to stop persecuting and giving harsh sentences to its citizens for peacefully expressing their opinions.