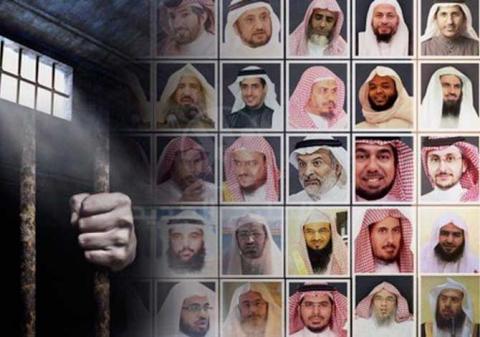 Since its establishment in 2004, Alkarama has submitted numerous cases of persons subjected to long periods of arbitrary detention, torture and ill-treatment to the UN Special Procedures and, mainly, to the Working Group on Arbitrary Detention (WGAD). So far, all submissions made to WGAD have led to favourable Opinions, stating the arbitrary nature of the detentions.
In this regard, the WGAD recently stated (Opinion No. 33/2020) that Saudi Arabia has violated international human rights obligations in at least 60 of the cases examined. Furthermore, it recalled that the widespread and systematic nature of imprisonment or other severe deprivation of liberty may constitute crimes against humanity.
The gravity of the situation, along with the fact that the Saudi government has never implemented the views of the Working Group, impelled Alkarama to submit, on 8 February 2016, a communication to the Human Rights Council Complaint Procedure.
Established in 2007, this Procedure is the only one that is mandated to act upon persistent violations of all human rights and fundamental freedoms occurring in any State Member of the United Nations. Once submitted, the Chairperson of the Working Group on Communications, together with the secretariat, analyse the admissibility of the communication, according to the criteria set in paragraphs 85 and 88 of resolution 5/1. The complaint is then transmitted to the State concerned to express its views about the allegations.
Subsequently, the Working Group on Communications assesses the merits of the allegations, followed by the Working Group on Situations, to determine if there is a consistent pattern of gross and reliably attested violations. If so, the communication, along with the recommendations of the Working Groups, is transmitted to the Human Rights Council which proceeds to a final review and determines which course of action to take. The whole procedure is confidential; however, the Council may decide to discontinue reviewing the matter confidentially in order to take it to public consideration.
The number of cases of arbitrary detention in Saudi Arabia and the systematic character of this practice fall within the scope of this Complaint Procedure. Alkarama’s communication, that presented numerous cases illustrating a pattern of systematic and widespread human rights violations, has already been examined by the secretariat and the Working Group on Communications, and was transmitted to the Working Group on Situations on 22 February 2017. Since then, several follow-ups were submitted by Alkarama to inform the Working Group about the human rights situation in the country.
However, since Mohammad bin Salman came into power, the situation has significantly deteriorated. Under his authoritarian rule, hundreds of human rights defenders, scholars, religious figures, journalists, political opponents and peaceful dissenting voices were persecuted and arbitrarily deprived of their liberty. The situation has worsened to such to an extent that it has made it nearly impossible to contact sources of information, who fear reprisals or have been arrested themselves. Today, all those who have contacted foreign organisations to report on the situation in the country are now detained. Families of victims are terrified and do not dare to seek help, as they are constantly threatened with judicial harassment. Although Alkarama has documented more than 130 cases of people currently arbitrarily detained, we have not been able to access further information.
In this context, despite WGAD’s Opinions and Alkarama's communication to the UN Human Rights Council Complaint Procedure, the Saudi government has shown no willingness to cooperate and improve the country's human rights record, which provides ample justification for the Working Group on Situations to bring the matter before the Human Rights Council.