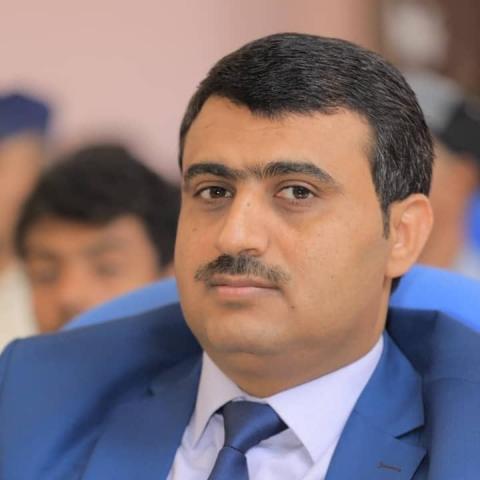 Alkarama sent today an urgent appeal to the United Nations Working Group on Enforced or Involuntary Disappearances regarding Mr. Abdul Karim Thuail, who was forcibly disappeared by the authorities in Saudi Arabia.
Mr. Abdul Karim Hussein Ali Thuail, 34 years old and the father of a child, is a Yemeni government official and former human rights defender. He was arrested at Jeddah International Airport on 12 March 2020, and disappeared from that moment.
According to his family, Mr. Thuail was coming from the airport of Sayun in Hadramout, southern Yemen, accompanied by his wife and infant son, and upon his arrival at Jeddah Saudi Arabia airport he was arrested by officers dressed in a military uniform and believed to be from the Saudi intelligence services. He was then transferred to a Police station located in the embassy district in the Saudi capital Riyadh. From that  moment all contact was lost with him and his family does not know his fate until this moment.
Testimonies of people close to Thuail indicate that he was arrested upon his return from an inspection visit to the wounded military in Ma’rib, Yemen.
According to some sources, it is not unlikely that the enforced disappearance of Thuail was a retaliatory act following statements from him where he criticized the Saudi-led coalition air strikes against civilians in Yemen.
Alkarama received copies of several letters of tribal leaders and Yemeni officials addressed to President Abd Rabbuh Mansour Hadi and the Saudi monarch and his crown prince calling for the disclosure of the fate of Mr. Thuail and his release, but to no avail.
There are real concerns about the safety and fate of Mr. Thuail, as his family does not know the place of his detention or the reason for the arrest and no one has been allowed to visit him.
It is noteworthy that the Saudi authorities are arresting Yemeni citizens who are supporters of the legitimate Yemeni government, including military personnel. In recent years, Alkarama worked on some of these cases, such as the officer Shamsani who died from torture in a Saudi prison and the blogger Marwan Al-Marisi was arrested then forcibly disappeared.