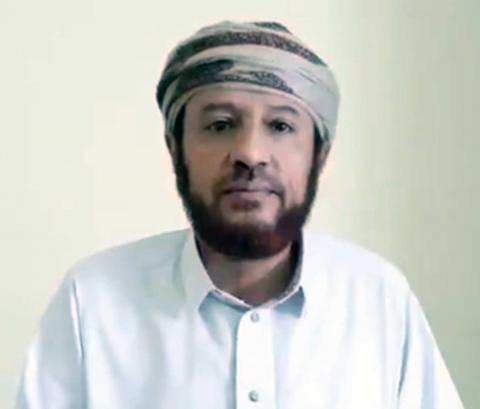 Today, Monday, 29 June 2020, Alkarama submitted a communication to the United Nations Working Group on Enforced Disappearances regarding Yemeni preacher Abdul Aziz al-Zubayri, who has been held incommunicado in Saudi Arabian prisons since May 20, 2020.
“The case of Mr. Abdulaziz Al-Zubayri is a striking example of the continuation of policies that deny detainees in Saudi Arabia their most basic rights,” said Alkarama’s Legal Director, Rachid Mesli. He also noted that “recent arrest campaigns have also targeted Yemeni officials of the internationally recognized government in Yemen and which Saudi Arabia claims to have intervened militarily in Yemen to support it ».
Abdulaziz Muhammad Ahmad Al-Zubayri, aged 60, is a well-known Yemeni preacher and businessman belonging to the Reform Party. He is also an officer in the Yemeni army, and lives in Makkah, Saudi Arabia. His arrest came days after he appeared in an online Ramadan seminar organized by a Yemeni Students Union based in Turkey.
It was six o'clock in the morning on Wednesday 20 May 2020 when a security force, including members of the police and others in civilian clothes, raided Al-Zubayri’s house. He was arrested in front of terrified family members and taken to an unknown destination. The Police confiscated everybody’s phone and conducted a thorough search of Al-Zubayri’s house. Neither Al-Zubayri nor his family was informed about the reason of the arrest. Shortly after the arrest, Police forces returned to the house and searched Al-Zubayri’s car as well.
Al-Zubayri remains forcibly disappeared until this moment. He was not allowed any contact with his family. Makkah Police denied he was detained at any of their facilities, which has raised fears of ill-treatment.
Yemeni human rights organization SAM claims that Saudi Arabia has recently been arresting and forcibly concealing many Yemenis without specific charges, or allowing them to contact their families or obtain legal aid, including human rights activist Mohammed Al-Bukari, who was arrested on April 8, 2020 after He posted a video recording on social media, as well as three others arrested in late May 2020: Muhammad Fadil and two of his brothers.
SAM also reported that "Yemenis arrested and forcibly disappeared in Saudi Arabia had previously fled their capital, Sana'a, after the Houthis entered it and sought refuge in Saudi Arabia, fearing arrest by the Houthi group, but unfortunately they fell victim to the arbitrary practices of the Saudi security services."
It is noteworthy that Alkarama had previously submitted on the procedures of the United Nations cases of arrests in Saudi Arabia involving Yemeni citizens, the most recent of which was the case of activist and government official Abdul Karim Thuail, who was released following an urgent appeal submitted by Alkarama to the UN Working Group on Enforced Disappearances.