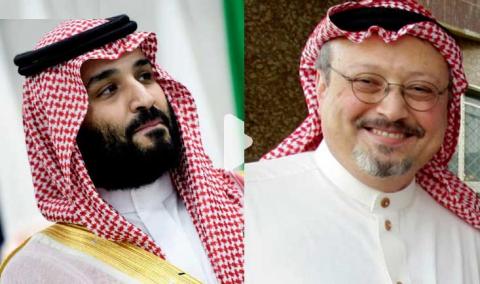 Two UN experts expressed their disappointment at the lack of measures and sanctions by the United States of America on the murder of Saudi journalist Jamal Khashoggi at the Saudi Consulate in Istanbul, Turkey, in October 2018, and called for those responsible to impose them sanctions.

Alkarama and other organisations have called for urgent intervention by the UN Working Group on Enforced or Involuntary Disappearances regarding the case of Saudi journalist Jamal Khashoggi. Alkarama has also raised numerous cases of violations in Saudi Arabia, including the brutal assassination of journalist Jamal Khashoggi. Its report was submitted to the Human Rights Council in March 2018 while preparing for the Universal Periodic Review (UPR) of Saudi Arabia, in addition to other cases of repression against activists, journalists and human rights defenders for simply exercising their fundamental right to freedom of expression.

The position of the United Nations
Agnes Callamard the special rapporteur on extrajudicial or arbitrary execution, and Irene Khan the special rapporteur on the protection of freedom of expression, welcomed the unveiled U.S. report, which indicates that "Saudi Crown Prince Mohammed bin Salman approved an operation to arrest or kill journalist Jamal Khashoggi ".
At a press conference in Geneva, in response to journalists' questions, Agnes Callamard welcomed the report, which is a continuation of her previous investigation. She said that the fact that the American report mentions Crown Prince Mohammed bin Salman as responsible for the operation that led to the assassination of Mr. Jamal Khashoggi "is an important demonstration as well on the part of the United States to be transparent."
But she added: "On the other hand, I was disappointed, and still am. First of all, as far as the facts are concerned, the report does not present anything new. It is important, but I expected more material evidence that was supposed to exist, but it has not been declassified".
She pointed out that, so far, the United States has not announced any action to exploit the report's findings.
She said: "It is extremely problematic, if not dangerous, to acknowledge someone's culpability, and then to tell that someone, we won't do anything; please proceed as if we had said nothing."

Journalists have been killed
For her part, Irene Khan, the Special Rapporteur for the Promotion and Protection of the Right to Freedom of Opinion and Expression, said that  : "You probably know that only 12% of killings of journalists ever get investigated and prosecuted. So that is an appalling number around the world. And the US should take the lead in pushing for accountability."
She welcomed the release of the report, but at the same time expressed disappointment on the issue of impunity of Saudi Arabia, "the United States did not see fit to take stronger action at this stage. They have announced sanctions related to Khashoggi, and I hope they will be implemented".
The independent expert, Agnes Callamard, called on the United States to act on the results and impose sanctions on the Saudi Crown Prince, as she said: "President Biden announced during his election campaign to protect press freedom and declared a new era for human rights-based politics, but then refused to impose sanctions on the man who is ultimately responsible for the murder of Jamal Khashoggi, which is of great concern. "
It should be noted that special rapporteurs and independent experts are appointed by the Human Rights Council in Geneva, which is an intergovernmental body responsible for the promotion and protection of human rights worldwide.
Rapporteurs and experts are mandated to study the situation of human rights and submit reports on the subject to the Human Rights Council. It should also be noted that this position is honorary, as these experts are neither employees of the United Nations nor paid for their work.