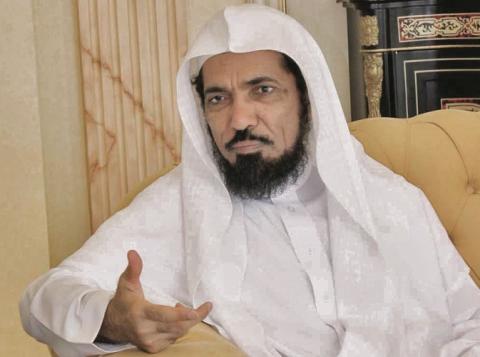 On 31st May 2022, Alkarama submitted request to the UN Working group on arbitrary detention (WGAD) to rule on the arbitrariness of Dr Salman ALODAH’s detention. The complaint requested the UN experts to call on the Saudi authorities to immediately release the scholar as his conditions of detention constitute a real and immediate threat to his life and mental health.

This request follows another complaint submitted to the UN Committee on the Rights of Persons with Disabilities (CRPD).

Dr ALODAH was arrested in September 2017, while Saudi Arabia wasas witnessed an unprecedented crackdown on freedom of expression. Dozens of public figures and activists have been targeted, most of whom were arrested solely because they disagreed with government policy or because they failed to publicly display their support for the Saudi-led blockade of Qatar.

Dr ALODAH was arrested on 9 September 2017 for having published a post on Twitter to his 14 million followers, expressing his support for mediation between the Saudi and Qatari rulers. The post read “may God harmonise between their hearts for the good of their people.”

After his arrest, Al Odah was been detained in an unknown location, with the authorities refusing to disclose any information on his whereabouts and denying his relatives the right to communicate with him.

In what was clearly an act of reprisal for looking for Al Odah, the Saudi authorities arrested his brother, Khaled, on September 12, and imposed a travel ban on the entire Al Odah family.

Citing the cases of the religious scholar and his brother, the Office of the United Nations High Commissioner for Human Rights (OHCHR) published a communication sent to the Saudi authorities on December 22, 2017, expressing their “very serious concern about […] a pattern of widespread and systematic arbitrary arrests and detention of persons, including human rights defenders, for peacefully exercising their human rights to freedom of expression, belief, assembly and association”.

Alodah's severe impairments resulting from his conditions of detention

Since his arbitrary arrest, the authorities have continuously kept Dr Alodah outside of the law's protection, with long periods of secret and incommunicado detention. He has been in complete solitary confinement since day one and was subjected to sensory deprivations, as well as other various forms of physical and psychological torture. The authorities have established their intention to punish Dr Alodah for his refusal to comply with the Crown Prince's request to support his policies publicly. Prison officials denied him necessary medication until January 2018, when his health deteriorated so severely that he was urgently hospitalised due to life-threatening high blood pressure.

Late November 2020, his family learnt through prison's medical staff that he acquired a severe bilateral impairment of his visual functions that amounted to a loss of at least half of his previous visual capacity. When his family met him, he confirmed the news.

Today, he is facing a real risk of blindness, given the denial of treatment and rehabilitation.

Similarly, he acquired a hearing impairment which was also evaluated at more than half of his previous capacity. Although the authorities did not explain the probable causes of these sharp and dramatic decreases in his vision and hearing, we can infer from the situation and available information that it may have occurred due to disease, trauma, or a side-effect of a medicine.

Meanwhile, as his health state degraded, he was denied medical care and forced to take unidentified psychotropic medication, which is still unknown to the family and the victim to this date. His family witnessed progressively, but even more sharply on the last months, his severe emaciation as well as a cognitive decrease and mental clouding.

The Saudi authorities' unconcerned behaviour and their persistence in their mistreatment against Dr Alodah only confirm their intention to kill him slowly, a fear expressed by his son in a recent article.

In these conditions, Dr Alodah continued arbitrary detention and denial of medical care constitute a direct, serious and imminent threat to his right to life.

His trial before the State Security Court (SCC) started on 4 September 2018, when Attorney General Saud al-Mojeb, and his deputy, Mohammed bin Ibraheem al-Subait, requested the death penalty against him on account of 37 vaguely defined charges, all related to his advocacy for human rights and political participation.

Despite his health state and the unfairness of his trial, Dr Alodah might be sentenced and executed arbitrarily and cruelly.

In light of this, Alkarama requested the WGAD to rule urgently on the detention of Dr ALODAH by stating that the detention was arbitrary under international law.

The complaint also addressed the current state of health of the scholar and highlighted that the Saudi authorities were effectively leaving him to die alone in his cell.

Alkarama thus called on the WGAD to urgently call for his immediate release as his current conditions of detentions are directly putting his life in danger.