Saudi Arabia: detention and torture of prominent Islamic scholar Salman Alodah submitted to the UN Committee on the Rights of Persons with Disabilities 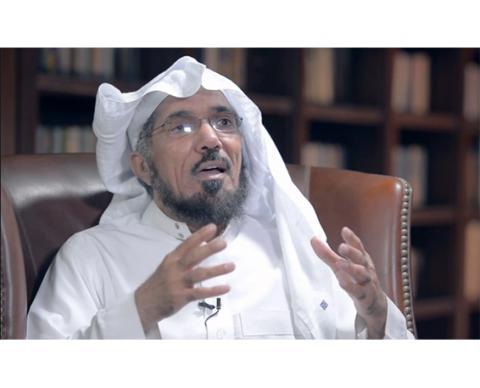 The Saudi crown is slowly disabling and killing its most prominent critics by keeping them arbitrarily and in cruel and inhumane conditions in solitary confinement, many of them acquired severe impairments. After it raised the case of Safar Al Hawali, Alkarama submitted to the Committee on the Rights of Persons with Disabilities (CRPD) a complaint on behalf of Dr Salman Alodah.

An example of Saudi's cruel crackdown on its most eminent critics

Alkarama had previously referred the case of the well-known Islamic scholar Salman Alodah - whose arrest on 9 September 2017 marked the beginning of a major crackdown on freedom of expression in Saudi Arabia. Alodah was arrested for publishing a post on Twitter to his 14 million followers, expressing his support for mediation between the Saudi and Qatari rulers. The post read "may God harmonise between their hearts for the good of their people."

Since his arbitrary arrest, the authorities have continuously kept Dr Alodah outside of the law's protection, with long periods of secret and incommunicado detention. He has been in complete solitary confinement since day one and was subjected to sensory deprivations, as well as other various forms of physical and psychological torture. The authorities have established their intention to punish Dr Alodah for his refusal to comply with the Crown Prince's request to support his policies publicly. Prison officials denied him necessary medication until January 2018, when his health deteriorated so severely that he was urgently hospitalised due to life-threatening high blood pressure.

His trial before the State Security Court (SCC) started on 4 September 2018, when Attorney General Saud al-Mojeb, and his deputy, Mohammed bin Ibraheem al-Subait, requested the death penalty against him on account of 37 vaguely defined charges, all related to his advocacy for human rights and political participation. Despite his health state and the unfairness of his trial, Dr Alodah might be sentenced and executed arbitrarily and cruelly.

Alodah's severe impairments resulting from his conditions of detention

Late November 2020, his family learnt through prison's medical staff that he acquired a severe bilateral impairment of his visual functions that amounted to a loss of at least half of his previous visual capacity. When his family met him, he confirmed the news.  Today, he is facing a real risk of blindness, given the denial of treatment and rehabilitation. Similarly, he acquired a hearing impairment which was also evaluated at more than half of his previous capacity. Although the authorities did not explain the probable causes of these sharp and dramatic decreases in his vision and hearing, we can infer from the situation and available information that it may have occurred due to disease, trauma, or a side-effect of a medicine.

Meanwhile, as his health state degraded, he was denied medical care and forced to take unidentified psychotropic medication, which is still unknown to the family and the victim to this date. His family witnessed progressively, but even more sharply on the last months, his severe emaciation as well as a cognitive decrease and mental clouding.

The Saudi authorities' unconcerned behaviour and their persistence in their mistreatment against Dr Alodah only confirm their intention to kill him slowly, a fear expressed by his son in a recent article.

Alkarama's requests to the CRPD

Dr ALODAH is purposefully deprived of the enjoyment and exercise of his fundamental rights by the authorities on two concomitant bases: first as a dissenter and then as a person who acquired severe disabilities while in detention. The authorities keep denying him the accommodations, the medical and rehabilitative care he needs, raising insurmountable limitations and restrictions in accessing his rights.

In these conditions, Dr Alodah continued arbitrary detention and denial of medical care constitute a direct, serious and imminent threat to his right to life. This is all the more concerning in the current context of the Covid-19 pandemic as older adults are at a significantly increased risk of developing a severe disease following infection from COVID-19. UN experts have warned that "widespread community transmission of Covid-19 within a correctional institution is likely to result in a disproportionately high Covid-19 mortality rate".

Several UN experts and international institutions have called upon states to "[u]ndertake the immediate, unconditional release of all prisoners whose incarceration is illegal or arbitrary under international law, including all children, prisoners of conscience, religious prisoners as well as political prisoners". Similar guidelines have been issued by the Interagency Standing Committee – composed on representatives of the World Health Organisation and the Office of the High Commissioner for Human Rights – called on public authorities to take immediate steps to ensure that the release of individuals in priority of "persons with underlying health conditions (..) and those detained for offences not recognised under international law, should be prioritised".

Alkarama requested the CRPD to demand his immediate release as an emergency measure to address reprisals against his family directly with the authorities. Alkarama also asked that, in any case, the Committee should demand from the authorities that a delegation of independent medical doctors be allowed to carry out a confidential visit to Dr Alodah to assess his state and needs and report about it.

Highlighting the complete lack of independence of medical care in Saudi prisons, Alkarama insisted that only his safe release and return to his family could effectively avoid possible irreparable damage to his life.