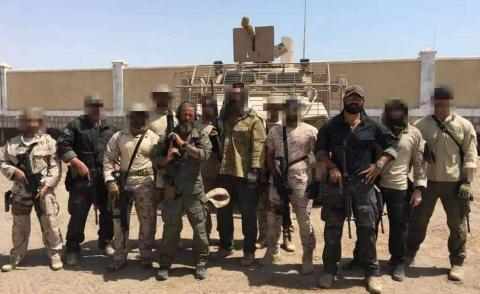 A report issued by the Security Council Sanctions Committee stated that all parties to the conflict in Yemen continue to commit serious violations of international humanitarian and human rights law, including indiscriminate attacks against civilians, enforced disappearances, and torture.
Since the outbreak of armed conflict in Yemen, Alkarama has been following the deterioration of the human rights situation in the country, with the continuation of the war, the absence of the rule of law and the prevalence of a climate of impunity. Over the years, Alkarama has submitted dozens of individual complaints to the United Nations human rights special procedures, including violations committed by various parties to the conflict in the country, including arrests, enforced disappearances and acts of torture.
Reports were also submitted to the Universal Periodic Review (UPR), highlighting the human rights situation in the country.
According to the UN report (S / 2021/79), the team of experts continues to investigate cases of arrests, arbitrary detention, enforced disappearances and torture in which UAE forces have been involved in Yemen. The team received evidence of detention at the following sites under the control of UAE forces: Balhaf (Shabwa), which is run by the French company Total, which is accused of participating in the cover-up of the crimes of detention and torture there, and Al-Rayyan International Airport (Mukalla), and a location near the oil port of Dhabba (Shahr, Hadramout).

The UAE supports an entity that threatens the security, safety and stability of Yemen and runs counter to the spirit of resolution 2216 (2015), which calls on member states to refrain from actions that undermine Yemen's unity, sovereignty, independence, territorial integrity and the legitimacy of the President of Yemen with reference to the Southern Transitional Council and its military formations supported by the UAE.
The experts called on Iran and the UAE to abide by their obligations under Security Council Resolution 2216 (2015) and refrain from taking measures that undermine the unity, sovereignty, independence and territorial integrity of Yemen. The report also states: "The United Arab Emirates is a member of the Coalition seeking to restore legitimacy to Yemen, but its support for the Southern Transitional Council undermines the Yemeni government.
According to the Expert Group's report, there have been documented cases of arrest, detention, ill-treatment and torture of eleven women at the hands of the Houthis, including three women who were repeatedly raped while in detention.

The release of the report coincides with the announcement by the administration of U.S. President Joe Biden to temporarily suspend arms sales to both Saudi Arabia and the United Arab Emirates, in the context of the war in Yemen, and in order to "review these agreements and ensure that they serve to advance our strategic objectives and foreign policies," according to Secretary of State Anthony Blinken.
This step comes after Biden pledged during his election campaign to prevent the use of U.S. weapons in the military operations launched in Yemen by the Saudi-led Arab coalition, in which the United Arab Emirates is the second largest force.

The Houthis and the government

The report indicates that the widespread use of landmines by the Houthis poses a constant threat to civilians and contributes to the displacement of populations, while the Houthis continue to recruit children into the fighting. Migrants regularly faced serious human rights abuses.
In summary, the report of the Security Council Sanctions Committee revealed three main factors contributing to the humanitarian catastrophe in Yemen, in addition to the economic profit of all Yemeni parties, including the internationally recognized government, which undermines human security and violates human rights, international humanitarian law, and international humanitarian law with impunity. Intensified fighting is having an impact on civilians, including displacement.

Finally, the report states that there is growing evidence that individuals or entities in Iran are supplying the Houthis with large quantities of weapons and components.
In December 2020, the Human Rights Council's Committee of Independent Eminent Experts on Yemen called for an end to impunity, broad sanctions, and referral of the situation in Yemen to the International Criminal Court.