United Nations: Alkarama submits its report to the Secretary-General on reprisals against persons cooperating with United Nations human rights mechanisms 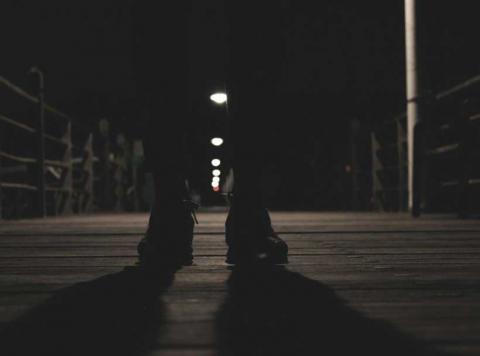 On 15 April 2021, Alkarama submitted its report to the UN Secretary-General (UNSG) concerning several cases of reprisals in Saudi Arabia and the United Arab Emirates. Under resolution 12/2 the UN Secretary-General submits an annual report to the Human Rights Council compiling information received on acts of reprisals for cooperation with the UN in the field of human rights. This report brings to light the situation in countries where cooperation with the UN triggers systematic measures of reprisals and intimidations.
Many individuals with whom Alkarama cooperates have continued to be subjected to acts of intimidation and reprisals, either as a result of their activism or the UN’s action on their behalf. In its contribution to the annual report on reprisals, Alkarama submitted information concerning three particularly concerning cases of reprisals against individuals who had submitted complaints to the United Nations.

Dr. Salman ALODAH (Salman Al Awda), Abdullah ALAOUDH and Khaled ALODAH (Saudi Arabia)
Dr Salman Fahed ALODAH, as well as his son Abdullah and brother Khaled have been targeted by measures of reprisals and intimidation after they informed UN human rights mechanisms of Dr ALODAH’s arrest and further mistreatment.
Dr ALODAH is one of the most renowned religious thinkers in Saudi Arabia. On 7 September 2017, he was arrested during a crackdown on dissent, targeting popular figures who refused to publicly endorse Crown Prince Mohamed bin Salman’s policies.
Held in solitary confinement since his arrest and denied medical care, he has been subjected to severe physical and psychological torture. His trial is ongoing before the Specialized Criminal Court (SCC) of Riyadh under 37 charges related to his advocacy and for which the prosecution required the death penalty. Since his arrest, several United Nations’ special procedures mandate holders considered his trial unfair and called for his immediate release.
In response to the numerous communications to UN procedures and other international and regional human rights mechanisms, his detaining authorities – acting under the direct control of the Crown Prince himself – have intensified the use of torture and solitary confinement, leading to significant deterioration of his physical and mental health and permanent impairments.
On 26 January 2021, Alkarama submitted a communication to the Committee on the Rights of Persons with Disabilities. Alodah’s family was again denied the right to contact him or visit him. The SCC keeps postponing hearings putting effectively Mr ALODAH’s in a state of indefinite detention and under the constant threat of being sentenced to death, which constitutes an utterly cruel and inhuman treatment for him and his family.

Safar bin Abdulrahman Al Hawali (Saudi Arabia)
This prominent and peaceful critic of the Saudi Arabian authorities is arbitrarily detained since 12 July 2018. He was arrested a few weeks after publishing a book in which he criticised Saudi Crown Prince Mohammed bin Salman’s international policy choices and issued recommendations to his attention. Mr Hawali remained in enforced disappearance for two months until the authorities informed his family that he was detained in the General Directorate of Investigation prison, acting under Mecca’s State security presidency services. Furthermore, his four sons and brother were arrested by State Security forces as a form of reprisal and further intimidation for having reported his arrest to the press, NGOs and requested Alkarama to submit his case to the UN Special procedures.
Mr Al Hawali suffered a brain stroke that required surgery in mid-2005, followed by a second stroke in 2006. These repeated strokes have not allowed Mr Al Hawali to recover and resulted in permanent impairments that affect his communication and mobility skills, and self-care abilities. On 12 October 2020, Alkarama submitted a communication to the Committee on the Rights of Persons with Disabilities, which urged the authorities to release the scholar. However, further measures of reprisals and intimidations against both Mr Al Hawali and several family members were taken by the authorities.
Alkarama is convinced that Mr Hawali’s sons and brother were arrested as a form of collective punishment and in an attempt to silence and threaten the entire family. The only few members of his family who could have attempted to take legal action on his behalf – namely his sons and brother – have been arrested alongside him.

Mr Ahmad Ali Mekkaoui (United Arab Emirates)
The case of Mr Ahmad Ali Mekkaoui, a Lebanese citizen, was previously raised by Alkarama and included in the 2019 report of the Secretary-General after he faced reprisals following the issuance of an Opinion of by Working Group on Arbitrary Detention, which found his detention arbitrary in August 2017. He was mentioned later in the September 2020 report of the Secretary-General.
On 5 December 2018, the television channel Al Arabi broadcasted a video segment on his case, detailing this prosecution in the UAE, the torture he has been subjected to, as well as the Opinion that was issued on his case by the WGAD. The video also featured an interview with Mekkaoui’s sister and his Lebanese lawyer. Consequently, and as a further act of reprisals, Mekkaoui was moved to solitary confinement on 17 December 2018, and was put in a cell underground, without natural daylight. Since then, he was only intermittently able to contact his family.
Moreover, in March 2019, the Public Prosecution initiated new legal proceedings against Mekkaoui, his sister, his nephew and his lawyer, accusing them of “misrepresentation and incitement against the UAE” based on the television interviews as well as a Facebook page managed by his nephew. Mekkaoui’s health remains in a critical stage as he is still suffering the after-effects of the torture he had been subjected to, including severe back pains and infections in places where toes and fingernails were removed. Since the COVID-19 outbreak in early 2020, he has been denied contact with family, who have not obtained information on his condition, fate or whereabouts.
In the September 2020 report of the Secretary-General, it is indicated that on 14 July 2020, the Government responded by merely refuting that Mr Mekkaoui has been subject to arbitrary detention or torture or placed in solitary confinement.
On 14 April 2021, Alkarama has been informed that Mekkaoui’s situation has not improved. On the contrary, he is still denied family visits and can only call his family for few minutes and sporadically. As his calls are monitored, he cannot extensively describe his current treatment. However, the use of torture and ill-treatment as a means of reprisals against any form of human rights advocacy is a well-established fact in the UAE. Given Mekkaoui’s history and the fact that the UAE authorities persist in cutting him from the outside world, Alkarama remains extremely concerned over his physical and mental integrity.