Saudi Arabia: the UN Committee on the Rights of Persons with Disabilities ask the Saudi authorities to secure the immediate release of Safar Al Hawali 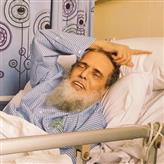 On 12 October 2020, Alkarama submitted a complaint to the Committee on the Rights of Persons with Disabilities (CRPD) on behalf of 70-years-old religious scholar Safar bin Abdulrahman Al Hawali. In this complaint, Alkarama argued that Mr Al Hawali’s life is under imminent, serious and irreversible threat as older adults are at a significantly increased risk of developing a severe disease following infection from COVID-19. Moreover, given the arbitrariness of his detention, Alkarama requested the CRPD to urgently demand his immediate release. In response to this request, on 6 November 2020, the CRPD requested multiple measures to be taken by the Saudi authorities in order to avoid any irreparable harm to Safar Al Hawali, including his immediate release.

Background of the case: Reprisals against Al Hawali and his family for his criticism of the Crown Prince

Safar Al Hawali was arrested on the morning of 12 July 2018, when State Security Forces stormed Mr Al Hawali’s house and after searching the place, Mr Al Hawali and his 34-year-old son, Ibrahim, were blindfolded and taken away to an unknown location. The forces did not present any arrest or search warrant and did not explain the reasons for the arrests. However, they brought an ambulance along with them to proceed to the arrest of Mr Al Hawali, knowing that his health state was extremely fragile and that his mobility skills were severely impaired. Following his arrest Safar Al Hawali was kept in a secret location and no information as given to his family as per his fate and whereabouts, putting him in a state of enforced disappearance.

Since his arrest, Mr Hawali has had very few opportunities to be in contact with his family. Due to his severe speech impairment, he cannot communicate through telephone calls. The authorities have taken no measures whatsoever to facilitate the communication of Mr Al Hawali with his family and a legal counsel. Since his arrest, the State security prosecution has allowed family visits on a sporadic and arbitrary basis.

As a form of punishment for his criticism of the Crown Prince, Safar Al Hawali is practically being left to die in detention, cut from the outside world and his loved ones, and living in fear of harassment and threats to his sons and brother.

In view of these facts and considering that Safar Al Hawali’s state of health constitute a disability that does not allow him to speak or take care of himself, Alkarama decided to refer the case to the CRPD.

The complaint highlighted that Mr Al Hawali’s life is under imminent, serious and irreversible threat as older adults are at a significantly increased risk of developing a severe disease following infection from COVID-19. UN experts have warned that “widespread community transmission of Covid-19 within a correctional institution is likely to result in a disproportionately high Covid-19 mortality rate”. Several UN experts and international institutions have issued guidelines and  called upon states to “[u]ndertake the immediate, unconditional release of all prisoners whose incarceration is illegal or arbitrary under international law, including all children, prisoners of conscience, religious prisoners as well as political prisoners”.

What Alkarama expects from the CRPD and the Saudi authorities

By submitting a complaint to the CRPD, Alkarama referred the case to the strongest procedure available, as Saudi Arabia accepted the CRPD to hear individual complaints. When particularly vulnerable people are victim of arbitrary detention and mistreatment, representatives of the victim can raise the urgency of his/situation through “emergency measures.”

These measures are requested by the CRPD to the Saudi authorities as matter of urgency and before even considering the facts of the case. Under article 4 of the Optional Protocol to the Convention on the Rights of Persons with Disabilities the CRPD can therefore request the State party to take interim measures in order to avoid any irreparable harm the author might suffer in case of his continued detention, while the case is under consideration by the Committee.

It is on this basis that the CRPD requested the Saudi authorities to, among other things “to arrange for his immediate release”. Such a release must ensure the safety of Mr Al Hawali and all precaution must be taken to avoid any contamination. Furthermore, the state should ensure that Safar Al Hawali has access to appropriate medical care at home or at any other medical institution he may choose. Alkarama will continue to exert pressure through international legal mechanisms until Mr Al Hawali and his family members are eventually released and free from persecution.