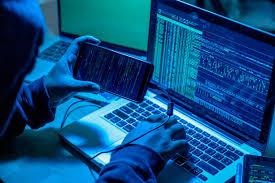 The UN High Commissioner for Human Rights, Michelle Bachelet, has warned of the dangers of the widespread and apparent use of Pegasus spyware to illegally infringe on the rights of those being monitored, including journalists and politicians, as part of tools to intimidate critics and silence dissent. According to the senior UN official, the surveillance programmes arrest, intimidate and even kill journalists and human rights defenders.
The decision follows a series of recently published investigative reports that revealed that Arab governments, including the United Arab Emirates, have used Israeli spyware against journalists, political opponents and human rights activists in the Arab region. The Office of the UN High Commissioner for Human Rights also issued a statement saying that Pegasus was unable to obtain the names of more than 1,000 telephone numbers of persons identified as persons of interest by Pegasus clients, including some governments.
The High Commissioner found these reports deeply troubling and confirmed "some of the worst concerns" surrounding the potential misuse of this technology, noting that various parts of the UN human rights system, including her office, have repeatedly expressed serious concerns about the risks of authorities using crowd-sourced surveillance tools - which are supposed to promote public safety - to hack into the phones and computers of people engaged in legitimate journalistic activities, monitoring human rights or expressing political opposition.
The High Commissioner for Human Rights said that companies that develop and distribute surveillance technologies have a responsibility to prevent human rights abuses and must take immediate steps to mitigate and repair the harm their products cause or contribute to, and to exercise "human rights due diligence" to ensure that they do not play a role in "such catastrophic consequences" either now or in the future. Ms Bachelet added that states also have a duty to protect individuals from corporate abuses of privacy rights.

A historical legacy of harm
In recent years, the Israeli company NSO has been in the spotlight after selling its hacking technology to repressive governments such as the United Arab Emirates, Saudi Arabia and Morocco. Attention increased after Saudi Arabia used the tool to break into the phones of political opponents, including Jamal Khashoggi, who the CIA says was killed by Saudi agents in Istanbul, Turkey, in 2018 on the orders of Saudi Crown Prince Mohammed bin Salman.
NSO claims its tool is to be used exclusively to fight terrorism or serious crime, but researchers, journalists and technology companies have found multiple examples of the company's clients using the tool to spy on political opponents, which has been confirmed by the UN Special Rapporteur on the promotion and protection of the right to freedom of opinion. David Kaye, refers to a "historical legacy of harm" caused by the Pegasus programme.
The Pegasus malware infects electronic devices, allowing the tool's operators to obtain messages, photos, emails, record calls and even activate microphones, the consortium reports.

Alkarama's activities
The issues of defending freedom of expression and defending human rights defenders in the Arab region have remained at the forefront of Alkarama's work in recent years, whether through individual complaints to the UN Special Procedures or the Universal Periodic Review before the Human Rights Council, due to our awareness of the repressive nature of the Arab regimes and their security services, and the absence of any legal protection tools. However, official authorities in the Arab region still seek to exploit every possible pretext to repress peaceful opponents, silence their voices and confiscate the right to opinion and expression and press freedoms, and the anti-terrorism banner has remained the most used excuse to justify repression, which is the same pretext that has been used to obtain modern technologies to violate the privacy of activists, leading to their prolonged detention and unfair trials.
In the United Arab Emirates, the authorities did not prevent victims of detention from listening to their conversations through a glass barrier during family visits. In his 14 July 2009 complaint to the Working Group on Arbitrary Detention regarding five victims of arbitrary detention in the UAE, Alkarama quoted the victims as saying that the detainees The five were tortured, but they are afraid to give further details, as communication with families in the prison is done by telephone through a glass barrier, and these calls are certainly subject to tapping.
UAE human rights activist Ahmed Mansoor is one of the most prominent human rights defenders whose case has been followed by Alkarama. Pegasus investigations revealed that he was one of the victims of spying operations carried out by the UAE authorities. He is currently suffering from solitary confinement and ill-treatment, and his life is in danger.
In a statement to the press a few days ago, lawyer Rashid Mesli, Alkarama's legal director, expressed surprise at the harsh conditions experienced by Emirati human rights activist Ahmed Mansoor, who has been detained since the spring of 2017, considering it to be a policy of torture in contradiction with international conventions.
It seems that the intrusion into the private lives of journalists and human rights defenders is a prominent feature shared by many Arab regimes. Previously, Alkarama published a call to the Public Prosecutor's Office in Lebanon, citing 8 human rights and media organisations, to investigate reports of a large-scale secret spying operation. On 18 January 2018, privacy and surveillance researchers published a report alleging that an espionage campaign using malware, responsible for the theft of hundreds of gigabytes of personal data, was linked to a building belonging to the security forces. According to the report, the spying campaign started since 2012 and was still ongoing at the time of publication, affecting thousands of people in more than 20 countries, including activists, journalists and lawyers, in addition to educational institutions.
Regarding Morocco, the French newspaper "Le Monde" and the "Forbidden Stories" platform reported that Rabat was one of the countries in the world that used the Israeli "Pegasus" programme, around which a major spying scandal had been raised in recent days, noting that a Moroccan security agency had allocated a large space to monitor and track Algerian officials inside and outside their country. The mention of spying scandals in Morocco was also coupled with the case of the arrest and trial of Moroccan journalist Omar Radi.
Alkarama recalls that such acts of espionage constitute a violation of the right to privacy and freedom of expression as enshrined in the International Covenant on Civil and Political Rights, as well as Article 12 of the Universal Declaration of Human Rights, which stipulates that "no one shall be subjected to arbitrary interference" with his privacy, family affairs, residence or correspondence with others, nor to attacks on his honour and reputation. Everyone has the right to be protected by law against such interference or attacks.